The brand new memorial has been used for bike tricks. 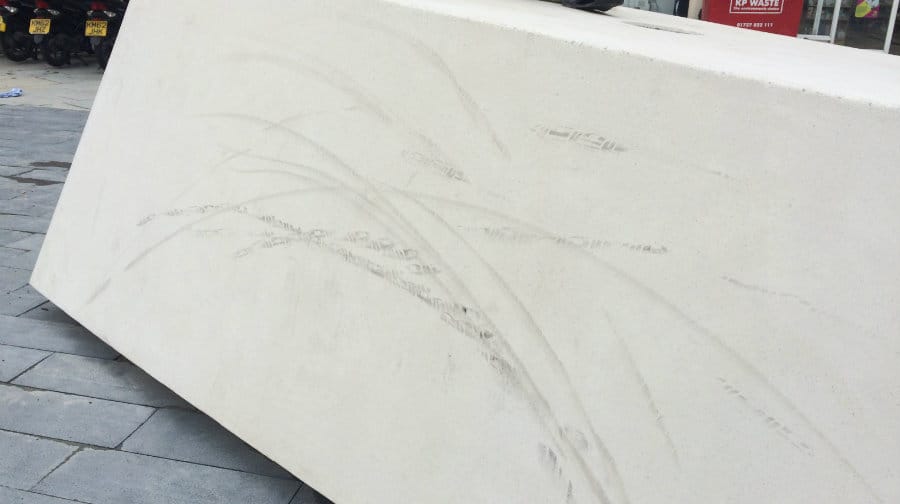 The chairman of the Albert McKenzie Memorial Fund has expressed his disgust after the memorial statue to the Bermondsey war hero was defaced two days after its unveiling.

Paul Keefe, who spent years raising funds for the tribute in Tower Bridge Road, slammed the people responsible for the “terrible” damage.

There are now several tyre marks alongside the base of the statue, suggesting people have been using the statue for bike tricks. Paul said: “It’s terrible isn’t it. It’s a beautiful statue and someone defaced it. Someone said it was done two days after we unveiled it.

“The thing about it is that it can be rubbed off – but I would be really upset it the concrete was scoured.”

He said that despite the damage, the vast majority of people were appreciating the statue as it was intended.

He said: “I’ve seen lots of people standing there looking at it. The other day I saw a man and his son standing by it. The son climbed up and got a closer look, which is what we wanted. We want people to admire it and remember him. It’s an incredible piece of craftsmanship and the reaction has been really positive. I haven’t heard one negative thing about the design.”

The statue was unveiled in front of a crowd of hundreds on October 23. The memorial paid tribute to Albert McKenzie, who became a Bermondsey legend when he received the Victoria Cross for showing extreme bravery during a WW1 raid. He died of influenza just weeks before peace was declared.