'They say my son was not injured, but since then he has woken up every night screaming at 1am to 3am for mummy or daddy' said Alois's mum 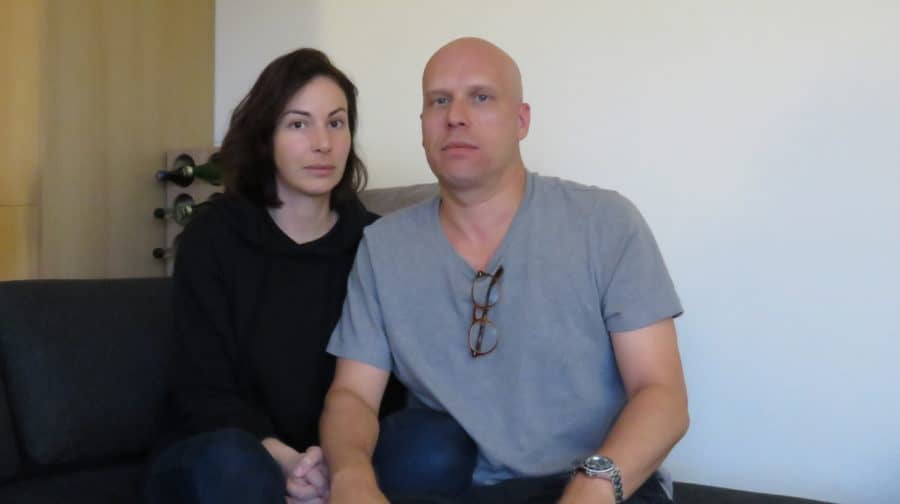 The parents of a two-year-old have told of their anger after he managed to escape unsupervised from a Bermondsey nursery near to a busy main road.

Mailys de la Guerrande and partner Guillaume Gliozzo’s son, Alois, slipped through a fence in the patio garden area on the German Kindergarten nursery on St James’s Road on August 13, without staff noticing for an estimated five minutes.

The little tot was found by a woman passer-by who, jointly with a policeman, returned him to the nursery.

The officer happened to be on the junction of St James’s Road and Jamaica Road reportedly dealing with a collision which had closed off traffic.

The incident sparked a visit from Ofsted the following day, who issued a Welfare Requirements Notice to the German-speaking nursery that it must ensure “children do not leave the premises unsupervised.”

Bettina Sebek, director of the nursery, told the News it acted swiftly on Ofsted’s recommendations and had immediately called a parents’ meeting to reassure others with children at the nursery.

“They say my son was not injured, but since then he has woken up every night screaming at 1am to 3am for mummy or daddy,” said Alois’s doting mum Mailys. “He isn’t sleeping like he used to.”

After the parents were called by nursery staff, “the policeman actually phoned me before I got to the nursery,” said dad Guillaume, a commodities broker.

“He said Alois had been wandering around the street unattended, he said he was absolutely appalled by the situation.

“The nursery said it was five minutes, but it could have been ten, it could’ve been fifteen.” Alois’s parents said they were angry at how the nursery had handled the incident, accusing nursery staff of lacking empathy and having an ‘arrogant tone’ in meetings with them.

“I’m currently pregnant and at this early stage I don’t need that stress, but it didn’t make them anymore empathetic,” said Mailys.

But Ms Sebek responded: “We had a face-to-face meeting with the parents on the day, and we phoned them straightaway – we would not waste a minute.

“Of course they were worried and angry and upset, and we totally understand that. We acted swiftly – if something goes wrong we put it right.”

Among the changes the nursery has made are replacing the fence Alois slipped through, increasing the number of staff to supervise children in the outside ‘patio’ area and changing the exit buttons on the nursery doors, said the director.

“Unfortunately it happened, it’s one of those things, but I don’t think there’s anything more we could have done – we have gone far beyond what Ofsted asked us to do,” she added. Ofsted made an unannounced visit the following day to issue a ‘welfare requirements’ notice of changes that needed to be made in the nursery after Alois’s escape.

In a report, following the unannounced visit on August 29, the regulator said the nursery had taken all the necessary steps to comply with its notice.

However mum Mailys told the News she felt the nursery had ‘got away with it pretty easily’.

Alois, who turns three in November, has now been withdrawn from the nursery and will start a new nursery on October 1.

A family relative is being paid to come from France as a childminder in the meantime, said the tot’s parents.