Jo Cox was brutally murdered on 16 June 2016 for her outspoken support towards the European Union and immigration. 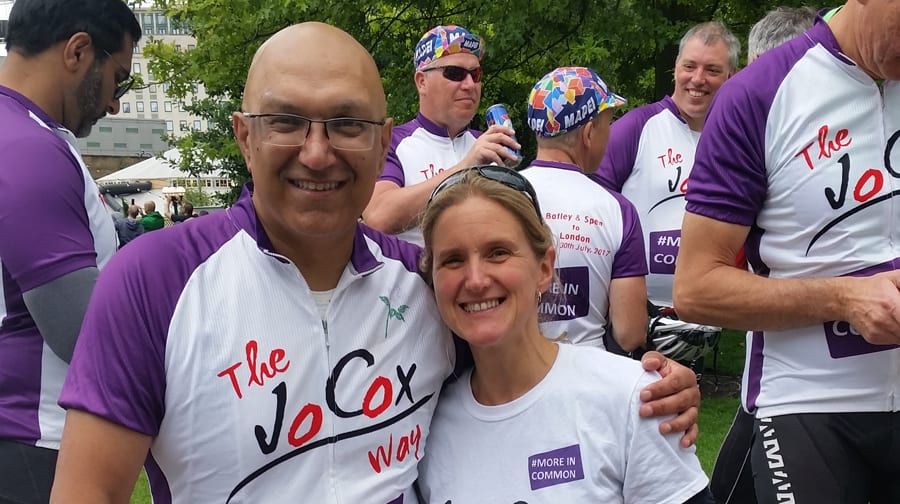 The 282-mile journey, which started from Cox’s West Yorkshire constituency, spanned across five days and was attended, for the first time, by Cox’s sister, Kim Leadbeater.

Jo Cox was brutally murdered on 16 June 2016, by 52-year-old Thomas Alexander Mair, for her outspoken support towards the European Union and immigration.

The ride aims to raise the profile of the Jo Cox Foundation, a charity set up to advance the causes championed by Jo, and the More in Common movement.

It is also designed to highlight the resilience of communities that have been struck by acts of terror and raise awareness of groups across the country who work tirelessly to bring people together.

Kim Leadbeater said: “The bike ride is an opportunity to focus on the resilience of communities when horrific things happen such as Jo’s murder, the terror attack at London’s Borough Market and the tragedy at Grenfell Tower. These horrendous circumstances have a way of making people pull together to work for the common good.”

The Jo Cox Way starts from the late MP’s Batley & Spen constituency on Wednesday 25 July, when a group of amateur cyclists set off from Princess Mary Stadium in Cleckheaton. They will arrive at Bankside four days later, with overnight stops in Great Longstone, near Bakewell, Derbyshire, Market Bosworth, Leicestershire, Banbury, Oxfordshire, and Uxbridge in Middlesex.

At Bankside, the cyclists will be greeted by members of community support groups, including those from Grenfell Tower and Borough Market.

Members of the public are invited to cheer on the cyclists at the start of each stage and there is an open invitation for anyone wishing to show their support to join the ride for part of a day as it passes through their region.

The full route of the ride can be found at: https://bit.ly/2HtelPj