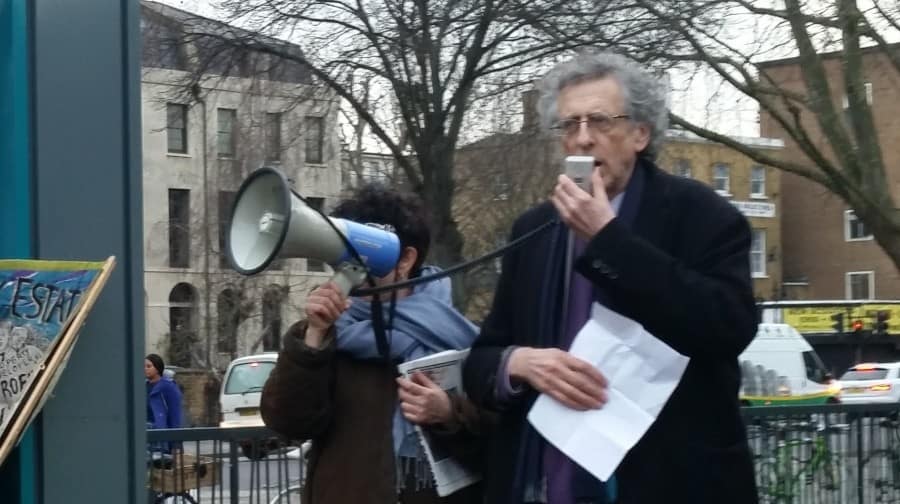 Piers Corbyn, the man-made climate change denier, anti-lockdown activist and anti-vaxxer from Walworth is among the record twenty candidates standing in the mayoral election next month.

He is standing on behalf of the ‘Let London Live’ party, and pledges to end all lockdowns, spend more on serious illnesses, end homelesness and defend council housing, stop the ULEZ roll out, and promises no vaccine passports.

Anti-vaxxer Corbyn has been repeatedly arrested since the first lockdown restrictions were put in place during a series of rule-breaking protests. He was also investigated over handing out leaflets that are claimed to equate the vaccination programme with the Holocaust.

Another mayoral candidate  from Southwark is the Social Democratic Party’s Steven Kelleher, who describes himself as “born and bred in Bermondsey to an Irish immigrant family, I grew up on a council estate near the Elephant and Castle.

“I was fortunate to go to a grammar school. I’m a father of five, and have coached cricket in London for many years and work in recruitment in the City.”

Their chances of making a dent in Sadiq Khan’s expected huge majority are miniscule.

The Liberal Democrat candidate Siobhan Benita was replaced by Luisa Porrit, while the Women’s Equality Party’s Sue Black was replaced by Mandu Reid due to the toll health issues caused by vaginal mesh surgery.

Among the established parties, they are competing against the Green Party’s Sian Berry, Conservative Shaun Bailey and UKIP’s Peter Gammons.

Another high profile independent candidate is the actor and ‘anti-woke’ activist Laurence Fox. Also running on an anti-lockdown platform, Fox pledges to ‘take the politics out of policing’, make buses and tubes cheaper and reduce cycle lanes, and wants to stop statues being removed and street names changed to ‘preserve our history’.

Other independents are Niko Omilana, Farah London, and Max Fosh and Nims Obunge.

A number of fringe parties have also fielded candidates.

Remarkably, Rose is increasingly considered to be second favourite ahead of the Conservative’s Bailey, who was previously predicted to get around 26 per cent of the vote.

Rory Stewart, the ex-Tory MP running as an independent, dropped out last year citing the financial difficulties caused by delaying the vote from May 2020 due to COVID-19.