Piers Corbyn was slammed on TV this morning after being fined £10,000 for attending an anti-lockdown protest 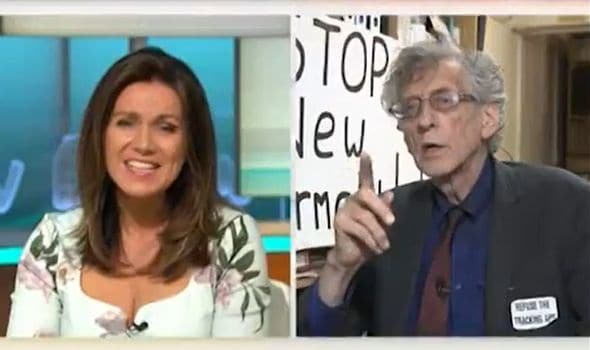 Piers Corbyn, a Walworth-based activist, has been fined £10,000 for his part in organising a protest against lockdown.

Mr Corbyn, an outspoken critic of coronavirus restrictions, does not believe in a pandemic, and has called the virus a hoax.

The 73-year-old was arrested by the Met Police during a demo against coronavirus regulations in Whitehall on Saturday.

An arrest was confirmed by the force, which said it had taken a 73-year-old into custody for breaking new rules barring public gatherings of more than 30 people.

Mr Corbyn, the brother of former Labour leader Jeremy, has told media outlets he intends to challenge the penalty notice in court.

Despite the stark numbers, @Piers_Corbyn disagrees that it is a pandemic and says it's a 'psychological operation to close down the economy.' pic.twitter.com/9EH9tnYhZN

Speaking this morning on Good Morning Britain, Mr Corbyn said: “It is not a high consequence infectious disease. What we have is a psychological operation to close down the economy.

“There’s not a need for a vaccine. Vaccines cause death.” His views were slammed by hosts Piers Morgan and Susanna Reid, as well as the show’s medical expert, Dr Hilary Jones.

“I’m sorry. More than 40,000 people have died in this country as a result of Covid directly,” said Reid.

“What an insult to their families to say it is some kind of fiction based on international pharmaceutical companies.”

Meanwhile, Dr Hilary added: “What you have just said is littered with dangerous errors.

“Where are your medical qualifications?”