He said he knew how difficult online abuse could be 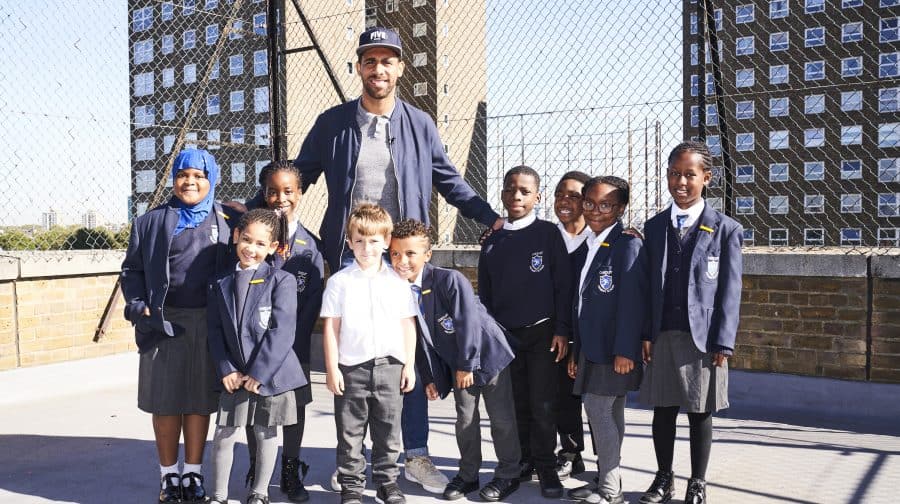 The defender backed a national campaign by eAWARE at the Camelot primary school in Peckham.

His sponsorship means that all children in KS1 and KS2 at the school will be given online safety education for a year.

The campaign aims to get digital safety taught in every school in Britain as part of the national curriculum, giving kids the skills to tackle the pitfalls of social media and the internet. The footie star spoke of his own experience on internet trolling

The St Mirren F.C player, who is the first professional footballer to back the campaign, said: “Having been on the receiving end of months of online abuse, I know that even for someone who is thick skinned and in the public eye, just how incredibly difficult it is to take.

“As a father of two I wanted to play a part in helping to better protect our future generations from the kind of vile abuse I experienced.

“This is why I’m supporting eAWARE’s campaign and calling on the government to change the national curriculum to better reflect our digital age.”

Joe Brewer, Content and Communications Manager for eAWARE added: “The importance of teaching digital safety in the classroom has never been more apparent, over just the last few weeks alone both the NSPCC and the NCA have released shocking statistics revealing how at risk young people can be when using the internet.”

The NSPCC, the children’s safeguarding charity, has recently launched its Wild West Web campaign which asks the Government to regulate social media giants.

Mr Brewer added that while the NSPCC’s campaign was ‘fantastic’, education was also needed to keep kids safe online.

He said: “We must see a shift in the national curriculum to include Online Safety as a core subject, helping ensure all children are given the skills they need to be safe online.

“Whilst the government’s revised guidance contained within ‘Keeping Children Safe In Education’ has made progress it falls woefully short of what is required.

“For this reason we are calling on more footballers like Anton to support our campaign of helping 1 million school children have access to our online safety resources by 2020.”