Anyone for a chaser? Huntsman and Hounds pub re-opens after being saved

"I just want people in the area to come in and feel comfortable," the manager says 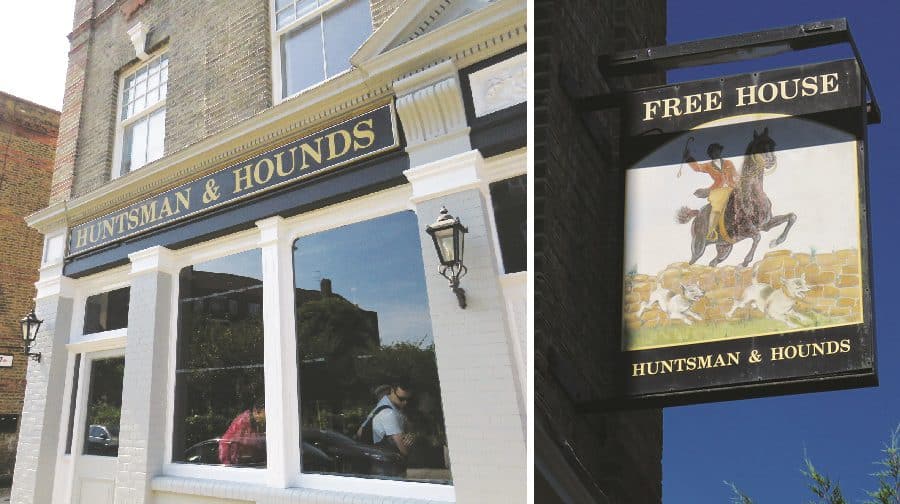 The Huntsman and Hounds pub in Elsted Street, Walworth

A historic Walworth boozer has reopened after being rescued by a local charity and a new owner.

The lights were back on with locals filling The Huntsman and Hounds in Elsted Street on Monday.

The 161-year-old pub building was bought earlier in the year by the United St Saviour’s charity, and will be run by Market Taverns, the firm also behind the Market Porter in Borough Market.

The Huntsman’s new manager, Isobel Wall, 24, said: “I used to work at the Market Porter, this is my first job managing a pub and it’s a little bit scary, but I’m ready for it. I just want people in the area to come in and feel comfortable. There’s not many pubs around here anymore, so it would be nice to bring in local people again.”

The charity has said the rental income will be used to support the charity’s community investment programme and sheltered housing for elderly people in Southwark.

The old pub closed in 2014 after being sold to a developer, but re-opened in August 2016 following a campaign led by the Walworth Society to get the pub recognised as an Asset of Community Value.

It closed again for a number of months, but has reopened with the charity now guaranteeing its future.

Southwark NewsNewsAnyone for a chaser? Huntsman and Hounds pub re-opens after being saved