Anyone who knows what happened to Bermondsey stabbing victim Joshua Boadu must ‘speak up’, says MP 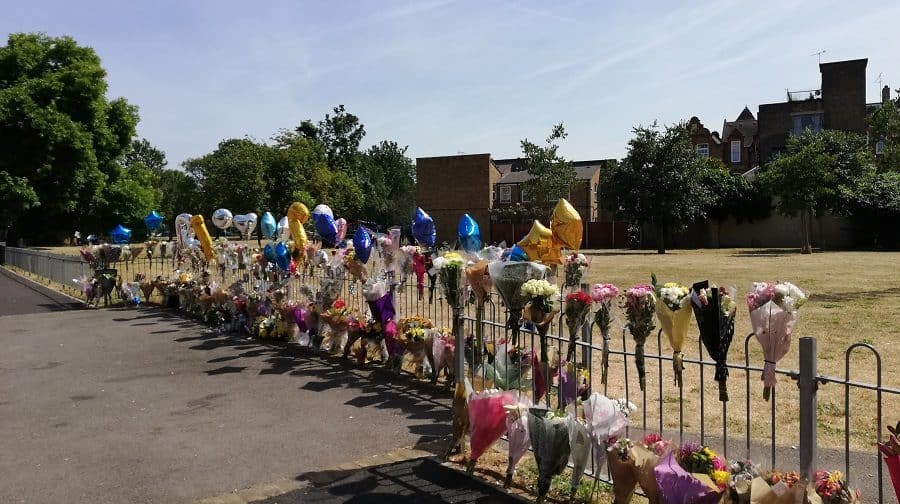 Southwark MP Neil Coyle has urged anyone with information about the fatal stabbing of Joshua Boadu in Bermondsey to “speak up”.

Joshua, 23, known as SJ to his friends, was stabbed near Lucey Way at about 6.21pm on June 11 and sadly died at King’s College Hospital eleven days later on June 22.

His family has since spoken out about how they moved to Bermondsey for a safer life after Joshua was stabbed as a youngster in Peckham.

Mr Coyle, MP for Bermondsey and Old Southwark, told the News: “We cannot allow violent killers to attack on our streets in broad daylight and get away with it.

“There are currently two million unsolved crimes – let’s not add to that grim failure here.

“If you know anything, saw anything or even suspect anything please speak up.

Editorial: Outpouring of grief for Joshua Boadu is part of bigger picture for people alarmed by huge rise in knife crime

“If you aren’t sure then let the police rule it out.

“Speak to younger family members too; all information will help.

“If anyone wishes to speak privately to me then my door is open, or Crimestoppers are also there to be independent of the police for anyone who needs them.”

The Labour MP also previously told the News he would be asking the Metropolitan Police Commissioner again for additional resources for the borough “to cope with the local levels of crime and violence”.

“I’m pushing again the government on this pathetic slump in prosecution because the more people get away with violent crimes, the more they will do it again,” he said.

“We absolutely need to make sure they are caught and sentenced and it’s simply not happening and fundamentally part of the problem is that police don’t have the time or the resources.”