The Staffie, Angel, lost her left eye as a result of being hit by the van on New Year's Eve 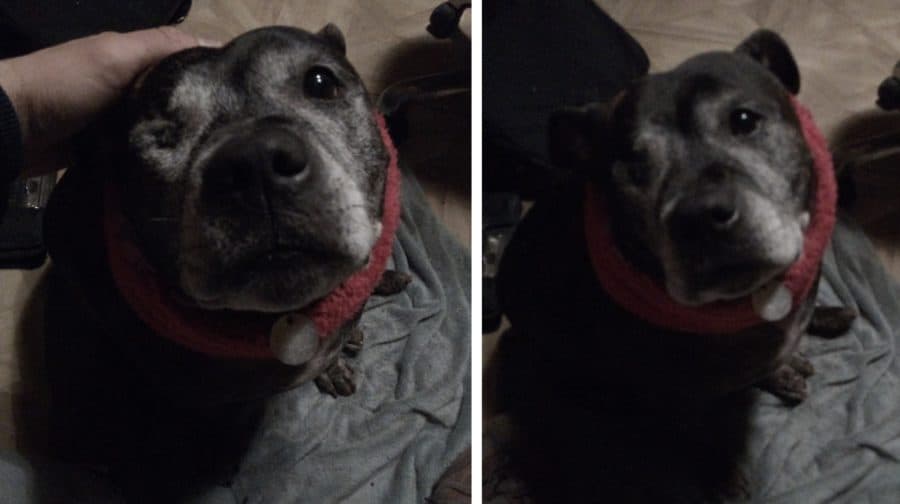 Angel lost her eye in the hit and run

Police have launched an appeal after a dog was seriously injured in a hit and run – leaving her needing surgery to remove her eye.

The owner was walking nine-year-old Staffordshire Bull Terrier, Angel, on a lead at the north end of Croxted Road, Herne Hill, when the dog was hit by a van on New Year’s Eve at around 11.15pm.

Angel was dragged approximately fifty metres along the road and was seriously injured on her head. Eventually her left eye needed to be removed. 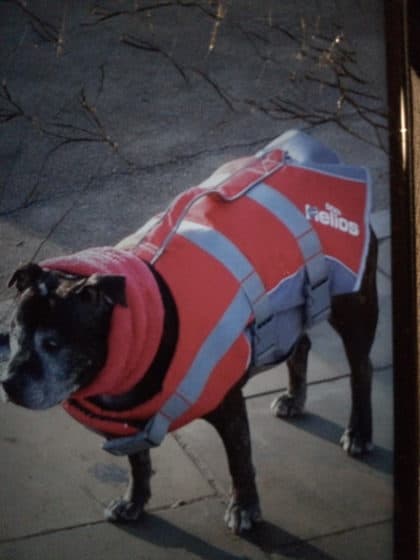 Angel was wearing a hi-vis at the time

But the van driver did not stop, and instead drove off in the direction of Norwood Road. The dog and her owner were both wearing hi-vis jackets.

Police are keen to speak to anyone who witnessed the collision or who may have dash-cam or CCTV footage of the incident or vehicle.

Anyone with information is asked to call 101 or Tweet @MetCC quoting reference CAD 8129/31DEC20.