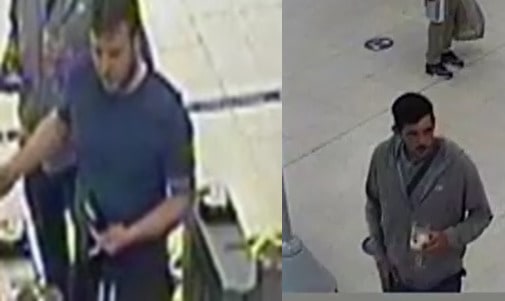 Two of the men police want to speak to

Police have launched an appeal after a woman was ‘racially abused and threatened with rape’ on a train to New Cross.

Police say the victim was in Cannon Street station at around 8.45pm on July 13 when a group of men are alleged to have cat-called her and made uncomfortable comments.

She boarded a train to New Cross, which goes through London Bridge, and the men sat in the same carriage.

They subjected her to racist abuse and threats of rape, say police. Do you recognise these two other men?

Cops believe the men pictured in these CCTV pictures have information which could help the investigation.

Anyone who recognises the men, or has information, should contact the British Transport Police by texting 61016 quoting reference 579 of 13/07/2020.