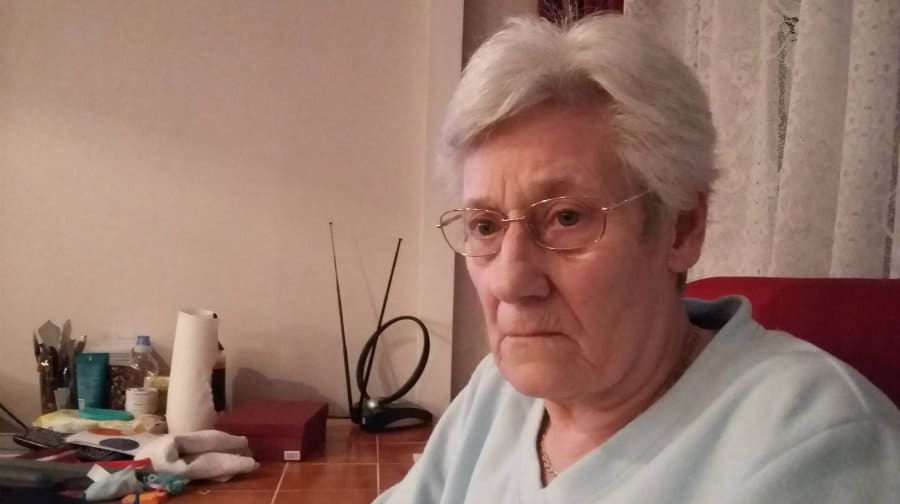 An elderly Camberwell woman is appealing for people to help police track down a gang who stole her handbag containing kitty money for a friend’s birthday.

Val Fenn, 75, was at a birthday party at the Fox on the Hill pub on Saturday when she was targeted by a group of men and women.

“There was about £250 stolen from my bag, plus my Freedom Pass” said Val, chair of the Elmington Estate T&RA.

“The whole thing made me feel so ill, I only had two bites of my meal I was so shocked, and I couldn’t sleep that night.

“It was all money that seven of us had put in a kitty for another friend’s birthday. We all hoped to buy a cake and some bunches of flowers. There was also money for my gas bill and my shopping.

“But I was at my niece’s birthday on Saturday when it happened.

“There was a group of men standing around by my table – I would say four of five of them.

“My friend gave them a look and they have a look back. Then I went to the toilet and when I came back they had gone, and the bag was missing.”

Val said her friends didn’t see the men take the bag, but saw them leave with a woman.

“They needed someone to carry the bag and look normal,” Val said.

“The pub has CCTV footage and it clearly shows them taking it, which has been taken by the police. I go to the pub regularly, and the staff did everything they could. They were looking in bushes and bins for me.”

A police spokesperson said: “Police were called on October 8 to reports of the theft, which is believed to have taken place between 4pm and 4.40pm in The Fox on the Hill public house in Denmark Hill.

“The victim’s black leather bag contained approximately £250 and her Freedom Pass. The suspects are described as group of black men and women. Officers from Southwark are investigating and have recovered CCTV.”

Val FennThe Fox on The Hill