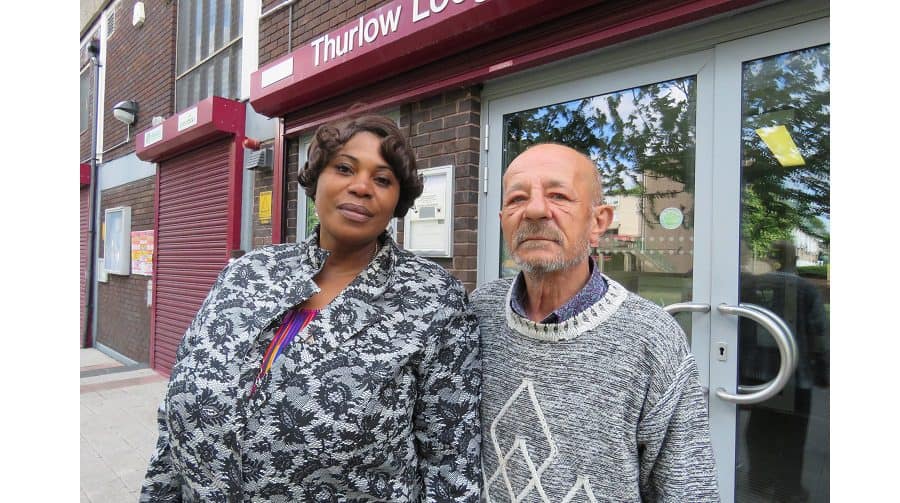 Friends of a homeless man who helped a woman escape the horrific London Bridge terror attack have made an emotional plea for someone to offer him shelter.

Zbigniew Niejadlik, 65, has been credited with “saving” foodbank manager Sister Catherine Msoni, who tripped and fell as the terrorists’ white van sped past them on London Bridge on June 3.

Zbigniew, who is Polish and speaks very little English, is a regular at the Divine Rescue foodbank in Thurlow Lodge, Thurlow Street, Walworth.

Sr Catherine gave a terrifying account of seeing the terrorists’ white van crash into pedestrians, as she and Zbigniew waited for a bus to take them towards east London.

The 48-year-old said the van swerved off and “hit into a pole by Southwark Cathedral”.

She fell on her knee as she was trying to run, but was helped to her feet by Zbigniew, and together they fled across the bridge towards Monument.

“I still feel very grateful to him. I owe him every moment that I live,” Sr Catherine said.

“The thing is he’s not just an ordinary person seeking help, he’s someone who’s traumatised. He actually witnessed what happened.

“He is quite withdrawn at the moment. You can see he is going through a lot of emotional trauma. He needs counselling and help but he cannot speak English, so it’s difficult for him to communicate.”

Zbigniew still sleeps rough in the London Bridge area and in Burgess Park, and visits the foodbank every day.

Sr Catherine said Zbigniew first visited the foodbank in 2013 – the year he travelled to England as Romania and Bulgaria were accepted into the European Union.

She is also still struggling with an injured knee from her fall on the night of the attack. “I’ve still having a lot of pain in my knee. It’s a slow healing process.”

In the days shortly after the attack, Sr Catherine said: “My homeless friend was exceptionally kind. But [asking for] help is not [in] his language, he just acts kindly. I wish someone could give him a home.”