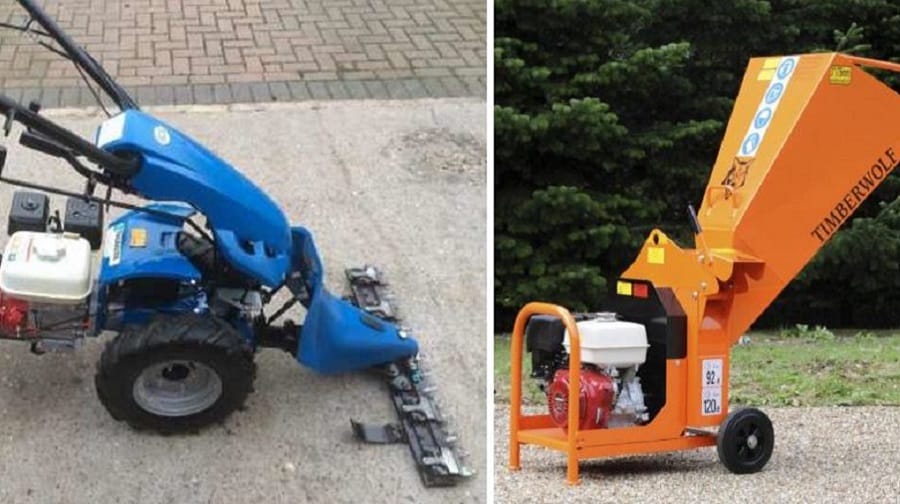 A conservation worker has urged the public to look out for two vital machines stolen from Stave Hill Ecology Park.

A chipper and power scythe machine went missing from the Rotherhithe park overnight between October 10 and 11.

The equipment, collectively worth about £5,000, was bought using funding a few years ago and is essential for the Conservation Volunteers team to carry out their work.

Rebeka Clark, who has been site manager at the park for almost 30 years, said whoever broke in was “lower than dirt” and appealed to the public to keep an eye out for the machines.

“It evidently wasn’t a spur of the moment thing; it was planned because they must have had all the right equipment to get through our security,” she said.

Police investigate the break in

“It wasn’t just a result of some little bolt cutters; they’ve brought an ankle grinder. Our machinery was chained up and they went through those chains.

“We are pretty certain they parked in Cow Lane by Redriff School because we found the marks of the shredder going that way and they must have had a van, so we are really hoping that somebody saw a great big orange machine begin loaded into a van.”

The site manager said the power scythe was “absolutely essential” for cutting the meadow and that volunteers would now have to resort to using hand scythes.

“We’ve just tried to create a patch of countryside for local residents,” she said.

“There’s absolutely no excuse for this; they know we’re a charity.”

The chipper is used by volunteers

Acting Sergeant Matthew Durham of Rotherhithe and Surrey Docks Wards said: “I would appeal to anyone who was in the area at the time of the incident who may have seen or heard anything suspicious, including any sightings of suspicious vehicles or sounds of large machinery being dragged, to contact us.