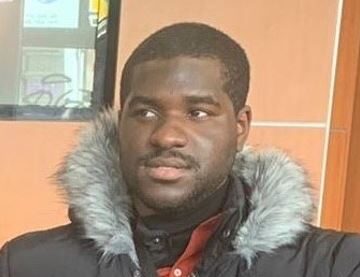 An appeal has been launched to find a missing Southwark man who is autistic and non-verbal.

Richard Rodrigues, 25, was last seen at around 4pm on Tuesday, September 1, in Southwark.

Both police and family members say they are concerned for his welfare. Richard is 5ft 8ins tall and is of medium build. He was wearing a black jacket with a grey fur hood as seen in the picture.

He was also carrying a bag. The 25-year-old has a keen interest in public transport, and police believe he is likely to be travelling across the capital.

He is known to have travelled between Hackney and Heathrow Airport.

Anyone who has seen Richard is asked to contact police via 101 quoting reference Cad 4705/01Sep.