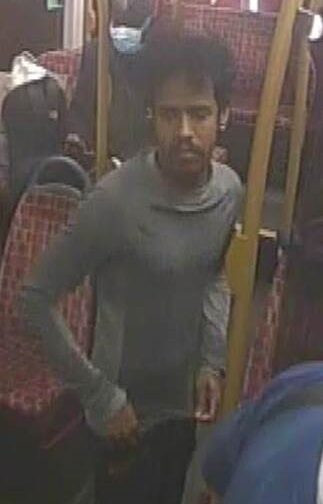 Police say the man, pictured, may be able to help their enquiries.

CCTV images have been released by officers investigating reports of a man who ‘exposed himself on board a bus’ at Elephant and Castle in July of this year.

Officers say she noticed a man sitting on the lower deck – in the first seat after the centre doors – ‘constantly turning round in his seat’, before realising he was exposing himself.

The Met is now appealing for help identifying the man, and say the person pictured, from CCTV footage, could help with their enquiries.

Anyone who recognises the man, or has any information, should call 101. To remain anonymous, contact Crimestoppers 0800 555 111.