Widespread disorder broke out prior, during and after the game 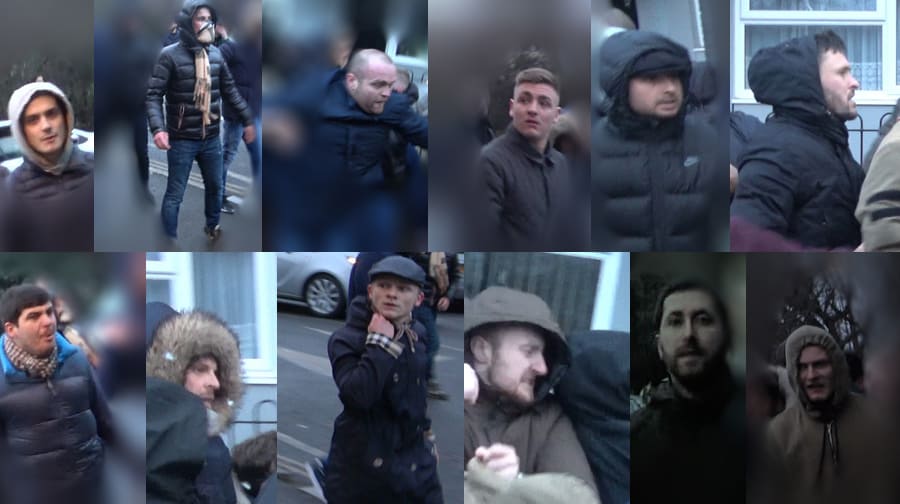 Police today launched an appeal to identify twelve men in connection with the public disorder on the day of the Millwall v Everton cup game on Saturday January 26 – labelled as the worst football-related violence the city has seen for years.

Widespread disorder broke out prior, during and after the game in the streets of Bermondsey and Rotherhithe, which saw an Everton fan slashed in the face and a police officer also injured.

As the News has reported, the disorder left Whelan’s Pub, in Rotherhithe, facing a bill of thousands after it was trashed by football fans during the melee.  Police told the News around 150 Everton supporters made an unexpected exit out of Surrey Quays station and came down Rotherhithe Old Road before the violence began.

Meanwhile the Mind charity shop in Bermondsey was also hit with a £1,500 repair bill, after its windows were smashed.

Detective Sergeant Matt Simpson, from the Met’s Public Order Investigation team, said: “The disorder which broke out on Saturday, 26 January was some of the worst football violence we have witnessed for a very long time. It left one man with a life-changing injury to his face, and caused chaos in the streets.

“A post-incident investigation was launched, through which we are working hard to identify those involved in this completely unacceptable and shocking behaviour.

“We have today released images of 12 individuals we are attempting to trace in connection with this incident.

“The public can play a huge role in helping police, especially by assisting us in autodesk 2019 wanted individuals. You are our eyes and ears.

“The public have undoubtedly helped us bring many wanted offenders to justice in the past, and we hope they can assist us in this investigation.”