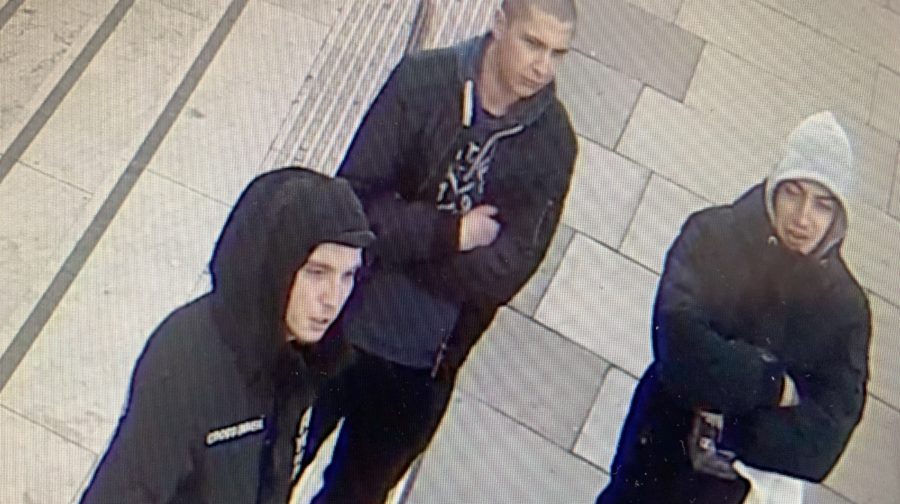 Police want to speak to these three men in connection with the unprovoked assault (Image: Met Police)

Police have released a picture of three people they want to identify after they said two men were attacked unprovoked while holding hands on New Year’s Day.

Officers said were called to the assault on the Southbank near the National Theatre at 2.30pm after reports that the pair were attacked by four men.

Police said the attack left the victims, aged 28 and 31, with facial injuries and bruising, but luckily they did not require hospital treatment.

The four suspects are all described as white, aged in their mid-twenties and wearing hooded tops.

They left in the direction of the OXO Tower.

Police released the CCTV still of three of the four suspects in a bid to identify them.

Officers said the incident was being treated as a hate crime.

There have been no arrests and police enquiries are continuing.