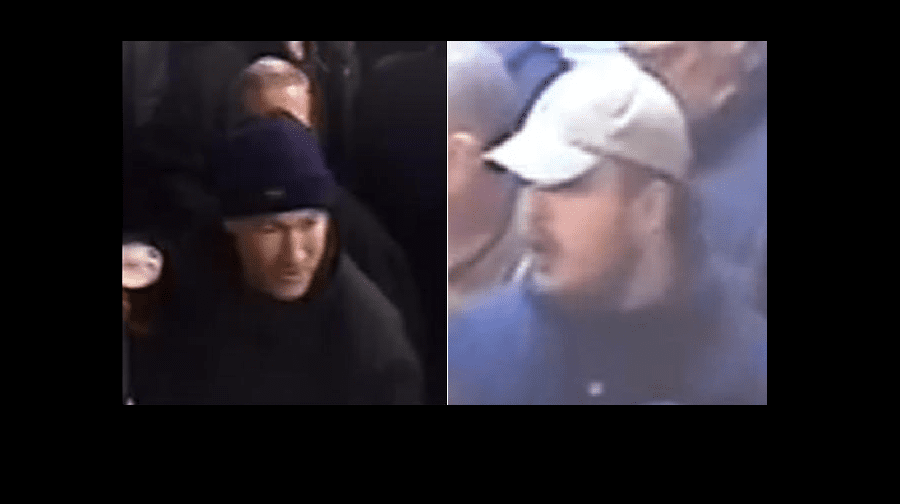 Police are appealing for six Southwark men to help them investigate a football match between Millwall and Oxford United, in which a number of stewards were assaulted.

The affray happened at half-time of the Football League Trophy semi-final game, at the Kassam Stadium on February 2.

The six men in question, pictured above and below, were all seated in the Millwall section of the crowd.

Leading the investigation, Sgt James Blackmore of Thames Valley Police, said: “This operation sends out a clear message that we will not tolerate this type of behaviour at football matches in the Thames Valley.

“We will proactively arrest and deal robustly with anyone causing disorder, it is irrelevant which team they are there to support. A large number of arrests have already been made within this investigation.

“Football should be accessible to all and there is no place for these so called supporters to ruin it for everyone else.

“I would appeal to the men in these images, or anyone who might know them to come forward as we believe they might have information about an affray that happened at half-time during this game. During the incident a number of stewards were assaulted.”

If you have any information about this incident then please contact police by calling 101 or anonymously by calling Crimestoppers on 0800 555 111.

If they’ve yet to commit an offence how can someone be “proactively arrested”. Sounds like something out of the Tom Cruise film, Minority Report. And if they’ve already committed an offence (by being disruptive) then arresting them would be a reaction, hence reactive. Just saying.