Application for new stadium at Champion Hill will be submitted in New Year, says Meadow

Developer and club have reached an agreement 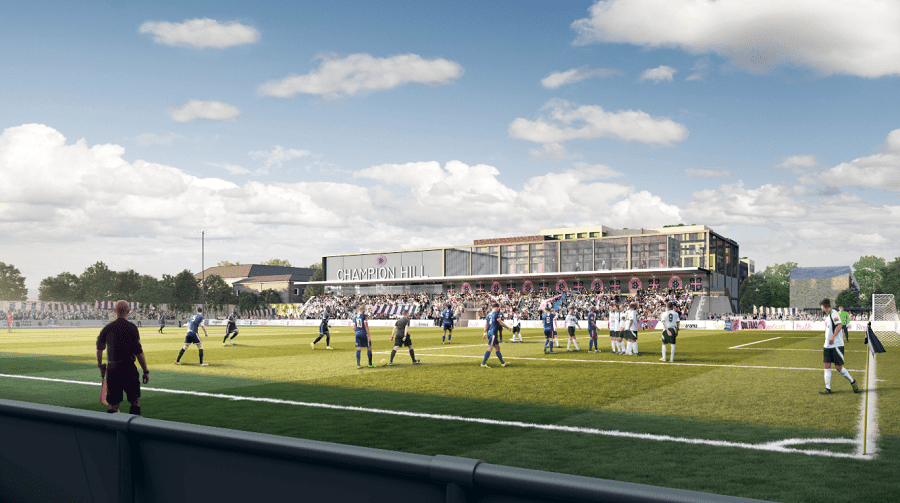 A CGI image of Champion Hill

Dulwich Hamlet’s landlord Meadow says its planning application for a new stadium will be submitted in the New Year.

In a statement sent to the News on Thursday, December 19, the developer said its proposed Champion Hill site will have capacity for 4,000 fans and include 230 new homes, without impinging on any Metropolitan Open Land.

In October the company reached an agreement with the club and Southwark Council after months of deadlock, allowing Hamlet to return to its home grounds.

The council has also now agreed a new lease for the AstroTurf pitch on Greendale, to create a new public sports facility in East Dulwich.

Andrew McDaniel, said Meadow was ‘looking forward to starting a new chapter in the history of Dulwich Hamlet’, and said the application would be ‘policy compliant’.

Dulwich Hamlet’s Ben Clasper said: “Our priority to date has been to work with Meadow Partners and London Borough of Southwark to allow Dulwich Hamlet to return home and we now look forward to continuing that work to secure the long term future for the football club as well as working with the Council to help provide new sporting facilities for the local community.”

As yet there are no further details of the application.

Southwark NewsNewsApplication for new stadium at Champion Hill will be submitted in New Year, says Meadow