Architect with fear of heights plans charity skydive from 10,000ft 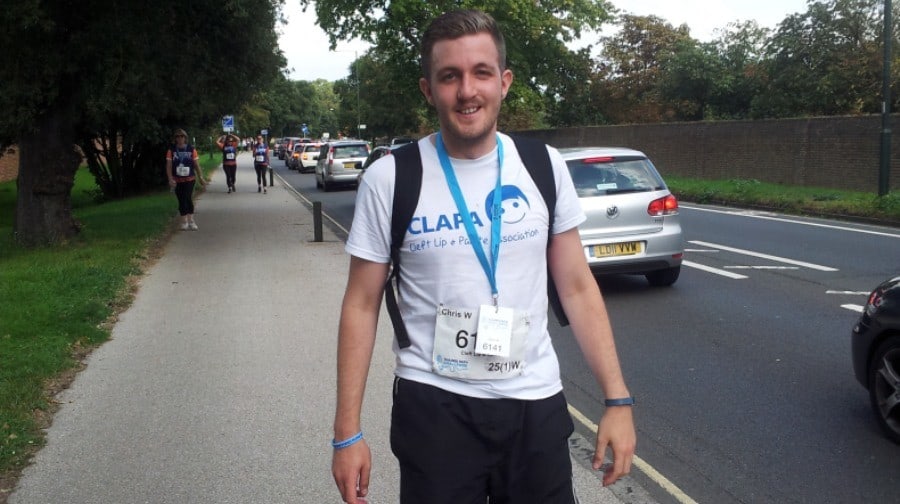 A trainee architect who cannot even bring himself to go to the top of tall buildings is doing a sky-dive from 10,000ft for charity.

Chris Williams was born with a cleft palate and had to have a total of nineteen operations throughout his childhood from when he was just three months old.

After becoming a committee member for CLAPA, the Cleft Lip and Palate Association last year, the 27-year-old pledged to raise money for the charity every year.

Last year he did a 28km run and this year he is hoping to raise at least £1,000 throwing himself out of an aeroplane.

“I’m pretty nervous to be honest,” said Chris, who lives in John Ruskin Street in Camberwell. “I have a fear of heights so it’s quite a challenge, not only to raise the money, but a challenge for me to face my fear,” added Chris, who admits he only managed to make it half way up the Eiffel Tower when he visited the French landmark recently.

A cleft lip or palate develops in the early stages of pregnancy when parts of the face are formed separately. If some parts do not come together as they should, the result is a cleft, or separation, the type and severity of which can vary.

CLAPA, formed in 1979, helps to support parents with newborn babies with a cleft lip or palate as well as adults and children who, like Chris, became victims of bullying because their cleft was noticeable.

“Children can be cruel and it’s not easy when you’re going through those school years and then you have this other thing to deal with and you’re being taken out of school for hospital treatment,” said Chris.