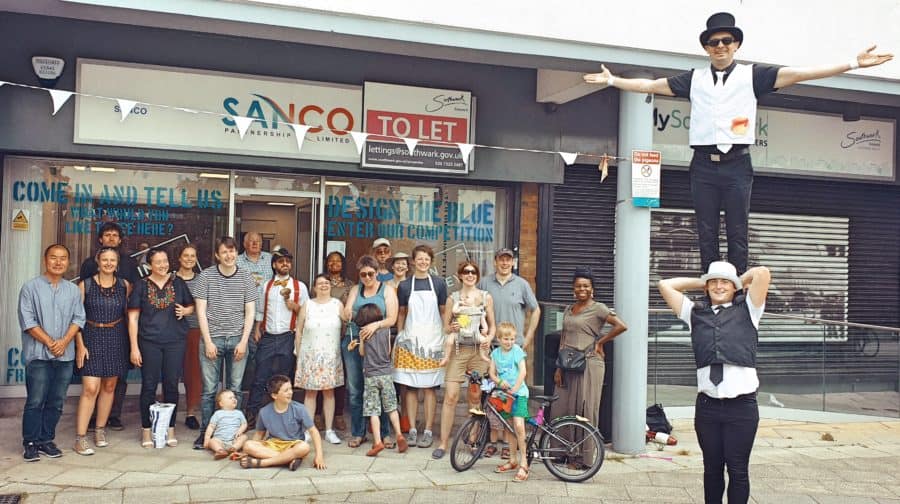 Architects have been appointed for a £2.3million revamp of Bermondsey’s historic town centre, the Blue.

Bermondsey-based architects firm Hayatsu have been appointed to lead on the overhaul, alongside Turner-prize winning artists’ collective, Assemble.

The redevelopment of the area, supported by a grant from a Mayoral fund, aims to “turn Bermondsey’s historic town centre and street market into a thriving area, building on The Blue’s identity as the ‘Larder of London.’”

Hayatsu’s appointment marks the start of the regeneration work, which will continue until March 2021. The project is being spear-headed by the Blue BID, a network of local businesses.

“Winning this £2m funding is a fantastic achievement after years of hard work by everyone at the Blue,” said Russell Dryden who is on the BID’s board, and also runs a stall at the marketplace.

“I’m really excited to see how the architects will work with local people to develop ideas to best use this funding to benefit our high street and wider community.” Ideas mooted for the redevelopment include highlighting the Blue’s rich history as the site of London’s first rail terminus and home of the world’s first tin can, as well as a physical makeover of the marketplace and shopfronts.

Cllr Stephanie Cryan, who holds the business portfolio for Southwark Council, praised the dedication of local residents in getting the funding to redevelop the marketplace.

“Our local high streets, town centres and markets are the life’s blood of the borough and at Southwark we want to help all our local businesses thrive,” she said.

“I am excited to be working with such a dedicated group of local people to put this historic part of Bermondsey back on the map.”

Separately the business improvement district was elected for a second five-year term by its member organisations, which it said was a resounding vote in favour of regeneration.

“This is really positive news for the area, the result endorses the work we have done over past five years and I am proud to be part of a team that will represent and serve businesses for a further term,” said BID chair, Jack Shah, who runs Blu1 Clothing.

“The 2m regeneration project for the Blue will see major changes to the Market place and High Street and the yes vote result ensures that we can continue to play a significant role in this project.”