Are Jack and Dorothy Southwark’s oldest twins at the grand old age of 92? 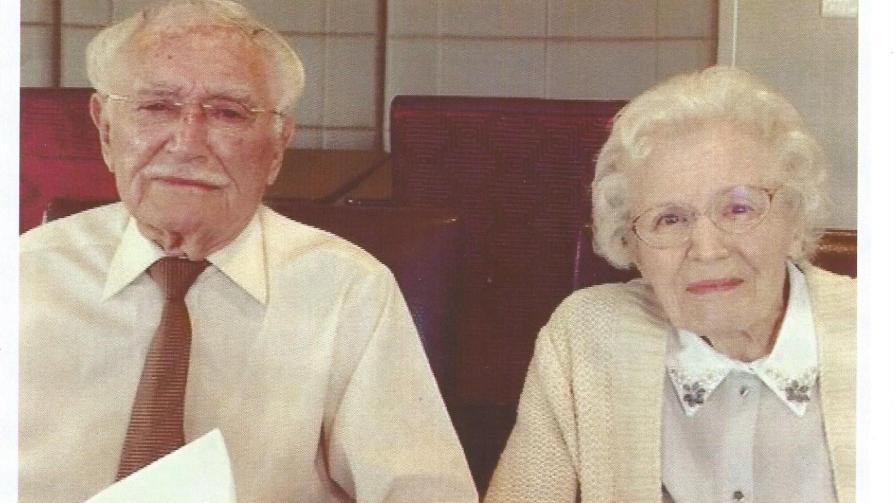 Jack and Dorothy on their 92nd birthday

Ninety-two-year-old Dorothy and Jack Baker could be the oldest twins in Southwark, their family believe.

Dorothy’s daughter Gaynor Dowsett told the News: “I haven’t heard of an older set anywhere in Rotherhithe or Bermondsey. If there is one I would love to meet them!

“Even after all these years they are incredibly close – that’s the funny thing with twins. If she is hurting, he can feel it. It’s uncanny.”

The twosome have been ‘inseparable’ from childhood, when Jack gave his sister the nickname ‘Girlie’ which she is still known as to this day. All these decades later the pair remain very close, thanks to long-standing traditions including eating Sunday lunch together every week and Dorothy ironing Jack’s shirts.

The pair aged around three or four

They were born in 1922 and grew up in Princes Street, now known as Mayflower Street. Their lives in the borough have been varied and interesting. Jack worked in the docklands for decades and helped bring in ships and submarines until the 1980s. Like many other Southwark families, theirs have a proud docking history with blood links to the industry dating back to 1705.

Dorothy spent time during World War 2 working in an undertakers, and her memories of the Blitz remain vivid and shocking. “She always told me that the scariest moment was when you couldn’t hear the bomb falling anymore,” said Gaynor. “That’s when it was about to explode.”

Jack and Dorothy even spent time working together, when they owned the newsagents which was formally Westbrookes in Albion Street, a period that the pair hold fond memories of.

Sadly, Jack has recently left the borough. Despite this, the brother and sister are determined to keep their close relationship going. Gaynor said: “Dorothy is sad that Jack has moved away but we are still trying to make sure that they get to see each other and eat their Sunday lunch together as usual.”

As bridesmaid and pageboy at their elder sister’s wedding