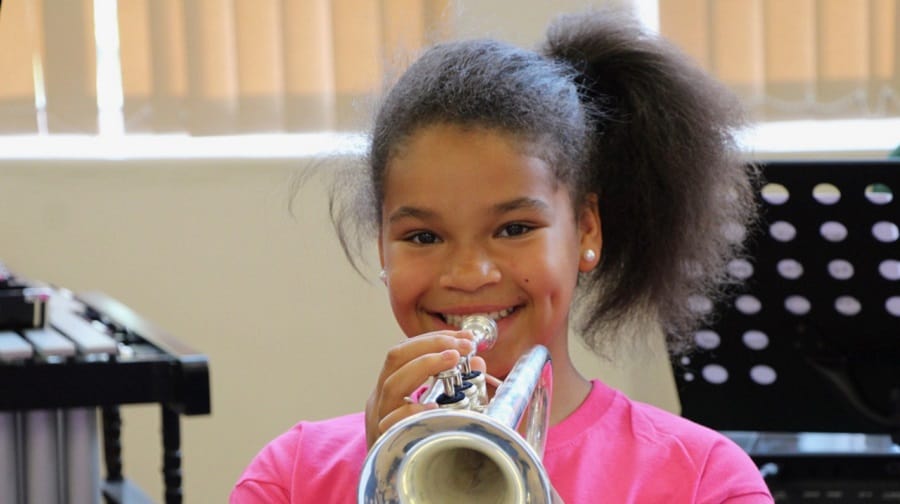 Students from Ark Academies, members of the community, and family were all able to participate in the first-ever Summer Sounds Music Festival, which showcased the talents of students.

On June 23, more than 650 students, including two from Elephant and Castle’s Ark Globe Academy, took part in performances and workshops.

The students had the chance to work with West End performers, choral conductors, singer-songwriters, as well as gospel musicians in the day-long event hosted at Ark’s Swift Academy in West London.

Ark Academies place an emphasis on music in the curriculum, but the Summer Sounds Music Festival gave students an opportunity to use those skills outside of a classroom setting.

“Doing music at school is a time for you to express how you feel,” Chanelle, a Year 5 student at Ark Globe Academy, said. “It’s a way to learn differently than regular classes. I like performing because we worked really hard and then we get the chance to show the people who are watching how hard we worked.” “I like doing percussion, and I also get to try keyboard and brass in school. This gives me a chance to express my feelings through music,” said Raphael, another Year 5 student from Ark Globe Academy.

Summer Sounds Music Festival included a choir of 250 students, a Stomp percussion workshop, African percussion and dance, ukulele folk music, and an orchestra made up of primary school students.

There was also a final outdoor parade led by Kinetika Bloco where all audience members could take part.