Armchair Take Off for the Moon

The fine work gone into the production should be praised 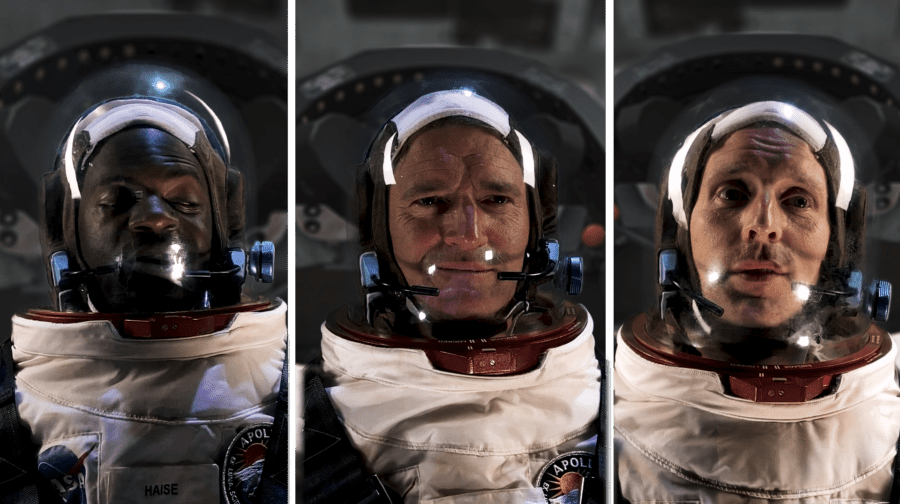 On the 16th March 2020 theatres across London closed because the Covid-19 pandemic had swept through the capital and the government advised that all non-essential travel should be ceased and visits to theatres should not go ahead. Seven months down the road and a picture of the London theatre scene post-Covid is still unclear. We have all needed to change and adapt our lives in these times, writes Christopher Peacock.

Certainly up to the task of adapting are Original Theatre Company who since lockdown have produced two multi-camera live-streamed shows, and three made for online productions of which Torben Betts’ Apollo 13: Dark Side of The Moon is their latest.

Before watching the show I was also able to see a short behind-the-scenes documentary they have put together, which explains some of the technical issues of filming in a Covid-safe environment. So my expectations were set for watching theatre in my living room, on my laptop with headphones on. The show tells the story of the 1970 Apollo mission. The action, however, flicks between in-flight 1970 and a modern-day interview with Messrs Haise and Lovell (two astronauts on that mission). As things start to go wrong and the mission turns from landing on the Moon to going around the dark side to slingshot back to Earth, tensions in the capsule rise, notably between Haise (Michael Salami) and Swigart (the third crew member, played by Tom Chambers). Although based on the mission, Betts’ play has Haise being a black African-American and talk of being black in 1970 America becomes the focus of the conversation. It might be worth noting that Guion Bluford was actually the first African-American to go to space in 1983, some 13 years after the Apollo 13 mission.

The documentary had them selling themselves short in terms of production value, as they say they want a more actor-focused product. That might be fair, as comparisons otherwise would always be drawn to the Academy Award-winning film starring Tom Hanks. Movement director Simon Pittman was tasked with drawing weightless performances from the 3 actors “on board” which along with some green screen and good editing really do help the production take off. The sound editing is brilliant and the advice to wear headphones certainly helps keep your focus on the production rather than whether you should’ve run the hoover around the living room, or whether that is actually the washing machine that’s bleeping away out there.

With no live performance it’s hard to sell it as theatre. Buying a ticket, which gives you unlimited access to the online film valid up to a certain date is more Amazon Prime than dress circle, but if this way of consuming theatre can help make productions viable in a Covid-safe environment, then the fine work gone into the production should be praised. With uncertainty about the future of theatre companies, regional theatres, and even the larger west end productions, it’s great to see creativity and performance flourish.

Southwark NewsNewsArmchair Take Off for the Moon