The man was arrested after he told Leanne Corby he hoped she choked on the food he had just delivered. 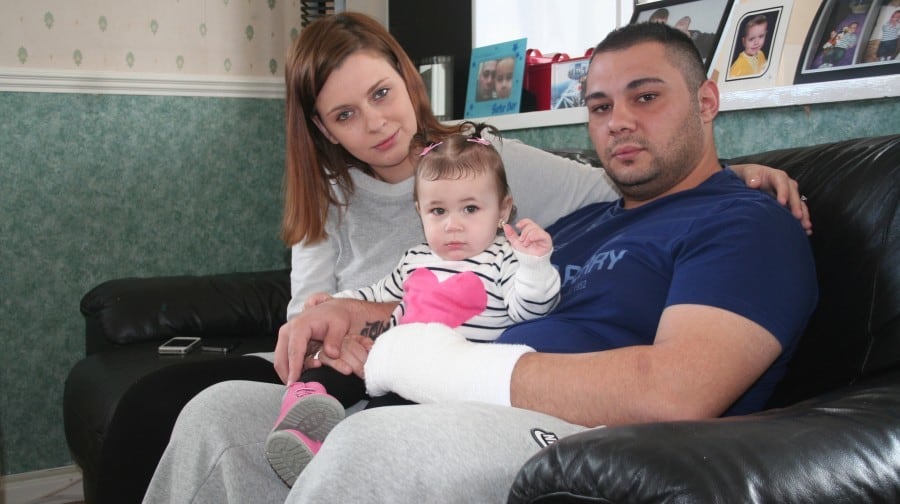 Leanne was home with her partner, Ali and one-year-old daughter, Zehra, when their Iceland delivery arrived two hours late with some verbal abuse thrown in free

A supermarket delivery man has been arrested after he allegedly launched a “shocking” verbal attack on an ‘Iceland mum’.

A police investigation was launched after mother-of-one Leanne Corby, reported the incident on March 31 in which she claimed the driver caller her a c**t and said he hoped her family would choke on the food he had just delivered before allegedly assaulting her boyfriend, Ali Dalgakiranlar, 29.

Leanne, 24, said after the man he unleashed a torrent of abuse on her, he attacked her partner from behind, breaking his finger in three places, while she could only look on from the window with their one-year-old baby girl, Zehra.

The police confirmed to the News this week that a man was arrested in connection with the investigation and had been bailed to return to a south London police station in late April, pending further enquiries.

An Iceland spokesperson said they were unable to comment further as the incident in Rowland Way, Walworth, was the subject of a police investigation. “It would be completely inappropriate for Iceland to make any further comment until this has been completed.” Previously the supermarket chain said they took all complaints “extremely seriously” and would be fully investigating the matter.