Art On The Annexe 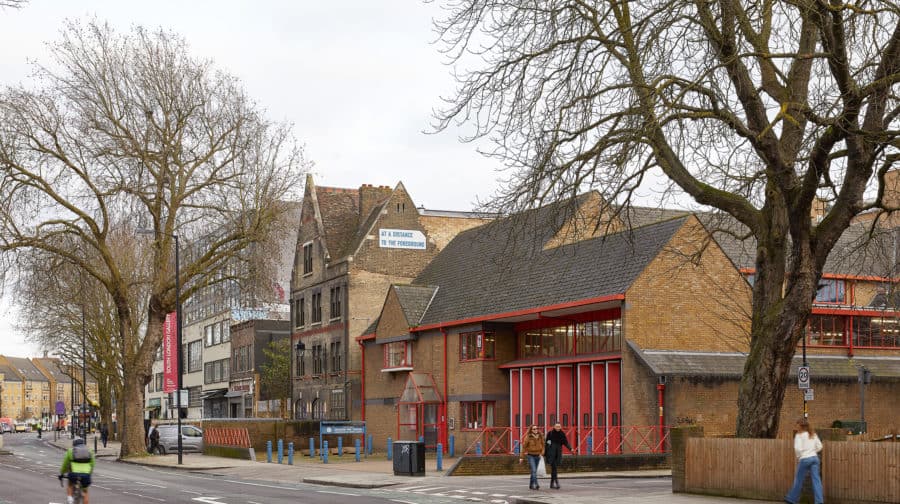 The South London Gallery (SLG) unveiled artist Lawrence Weiner’s work, AT A DISTANCE TO THE FOREGROUND, 1999, that is installed on the gable end of the SLG’s Fire Station annexe.

Lawrence Weiner is one of the most important artists of his generation, known since the 1960s for his engaging and influential work presenting art as a language form. He does not identify himself as a conceptualist but rather as a sculptor whose medium is “language + the materials referred to”. For him, language is a material that allows the viewer to engage in the meaning and intent of his work. In other words, the context in which they are seen by the public creates the impact on the process of interpretation. 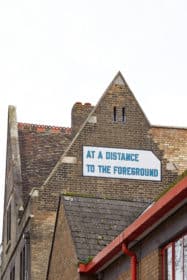 It thus invites the viewer to be a collaborator in the work process. The idea of acquiring the work for the SLG came about before lockdown and social distancing had even been considered in the UK, so the contemporary resonance of the work is both coincidental and poignant.

The work has been acquired for the SLG’s permanent collection and its installation on the Fire Station follows that of another work by Weiner, ALL IN DUE COURSE, that was temporarily shown on the façade in 2014 as part of his solo show at the SLG of the same name, signalling the transition of the then semi-derelict building into a beautifully renovated annexe for the SLG.

Throughout his career spanning more than fifty years, Weiner has had major exhibitions and works acquired for important museums and galleries all over the world. AT A DISTANCE TO THE FOREGROUND is the first permanent public artwork by Lawrence Weiner in London. It has been acquired by the SLG for its contemporary art collection of some 145 works dating from 1970 onwards, and was purchased with the generous support of Art Fund, Contemporary Art Society, Candida and Zak Gertler, Marian Goodman Gallery, Alex Hank Collection Switzerland, the Henry Moore Foundation, and Neil Wenman & Jane Carr.

Margot Heller, Director, South London Gallery, said: “I am really delighted that we are able to unveil this newly acquired work, cementing Lawrence Weiner’s long association with the SLG and bringing the work of an exceptional, influential artist to a truly broad public. This is very much in keeping with Lawrence’s enduring commitment to making art widely available and engaging. That the timely acquisition of this particular work marks this moment in history with such poignancy makes it all the more powerful.”

Southwark NewsNewsArt On The Annexe