“I can play football there twice a week with a whole load of oldies, we’re seriously competitive" 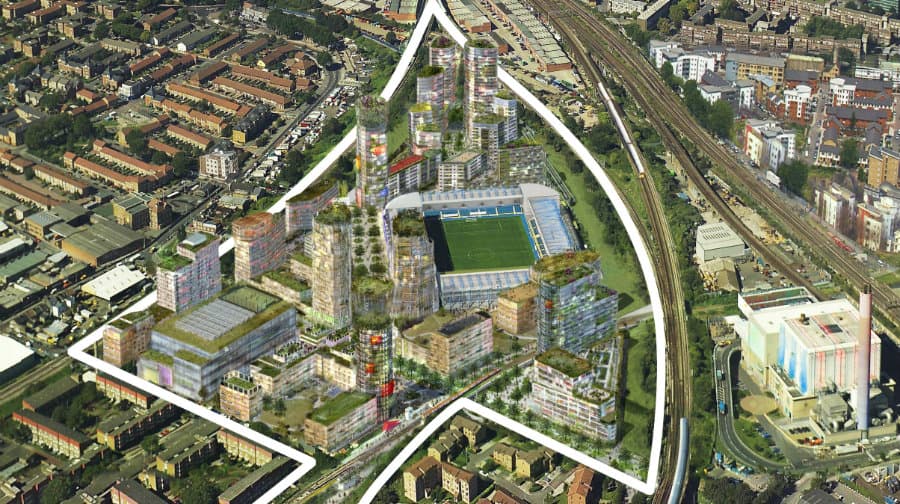 One of the residents who spoke at the Lewisham Council meeting on Tuesday night to decide the future of land around The Den has outlined her concerns if a compulsory purchase order goes ahead, writes John Kelly…

Before Cabinet members voted to sell three pieces of land around the stadium to property developer Renewal, Rollins House resident Willow Winston addressed the meeting and likened it to “going to the scaffold to say your last words”.

Ms Winston, an artist, will lose her home and workshop if the land falls into the hands of Renewal, who have offered her £58,000 for her property as part of their plans for New Bermondsey.

Millwall chairman John Berylon vowed in a statement to fans on Wednesday it would be “a long process before our land can be taken”.

Ms Winston told the News after the meeting that the worry of potentially losing her home has taken its toll.

She said: “It’s been a torture for me personally and for other people. The money they have offered is not enough.

“I agree it could be a great scheme. It would be a wonderful thing to have that area of London made more beautiful, I don’t mind that at all, but I don’t see why, and I speak for myself, at the cost of my way of life.”

Ms Winston avails of initiatives run by the Millwall Community Trust, which under Renewal’s redevelopment plans would be moved from its current home in the Lions Centre, and says she feels “shafted” by the council’s decision.

“I now know what a marvellous club Millwall is,” she said. “I benefit from what they offer, and they do it for free.

“I can play football there twice a week with a whole load of oldies, we’re seriously competitive. It’s called walking football, though half of us run!

“There is circuit training as well which I need to keep fit. That’s provided for free as well. I’d be prepared to pay a small sum but I couldn’t afford a lot to join elsewhere.

“From a very personal point of view I know what Millwall is like.

“Renewal said to me, £58,000, take it or leave it. They knew they had a CPO coming behind them sooner rather than later.

“My reaction is I’ve been shafted.”

Following Tuesday night’s vote, a draft CPO will be drawn up and notifications sent out to stakeholders, before a public inquiry will be held so all parties can have their say.

In a statement Renewal welcomed the decision and said they would continue to negotiate with landowners.

Millwall CPO: What Happens Next?

While Renewal, Millwall FC and Lewisham Council continue to go round in
circles on this, the real scandal is us residents living around
Surrey Canal Road waiting, and waiting, for a new overground station
that we were expecting back in 2012.