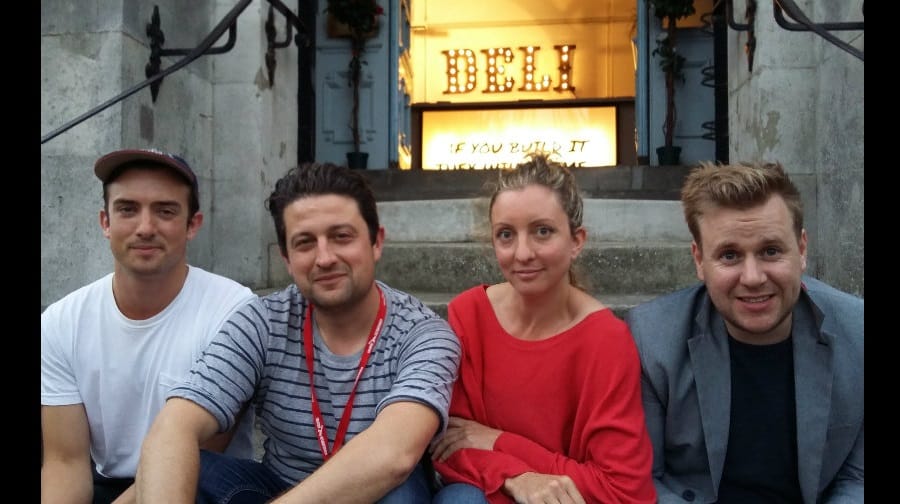 A 113-year-old baths and library building in the heart of Burgess Park will be transformed into a theatre venue by a young arts group.

Theatre Delicatessen swung open the grade-II-listed Passmore Edwards Library’s doors on Saturday during the Camberwell Fair, and showed off their new home to the public.

The group’s co-artistic director Roland Smith told the News they would like to start their first performances and community workshops next month.

“We would really like to prove our worth and build with the local community,” Roland said.

“We secured a two-year tenancy from the council and started work on the building in July.”

Artist Ben Carlin was on hand on Saturday for demos of his virtual reality production, contained inside a huge wooden cube.

One of the first community projects they want to develop is an eight-week aerial-circus training course, and more classes in improvisation, theatre and dance.

The Victorian hall in Wells Way, which once housed a baths in its basement, and is currently shared by the Lynn Athletic Boxing Club, will be split into three sections:  a screening room, rehearsal room and a performance room. In all, Roland said the venue could squeeze an audience of 80 to 100.

Forthcoming productions set to reside in the old library also include Casson and Friends with their performance ‘The Dance WE Made’, and Collectif And Then’s performance of ‘The Machine’, which will be staged September 17 to October 8.

Roland said: “We have been working in large commercial spaces like office blocks around central London, so we’re really looking forward to trying out a smaller more intimate venue like this with a lot of character. We would also like to develop large-scale projects in Burgess Park.

“You’ve got so many different communities around the park, whether it’s the new development in Elephant and Castle or the artistic groups in Peckham and Camberwell, and we hope to engage with as many groups as possible.”

Councillor Johnson Situ, Southwark Council cabinet member for business, employment and culture, said: “Investing in arts and culture is tougher than ever for local councils but we are really pleased to be able to welcome Theatre Delicatessen to Old Wells Way Library over the next two years.

“Their plans to turn it into a creative hub that the whole community can enjoy are really exciting and I’m looking forward to seeing local people get involved.”