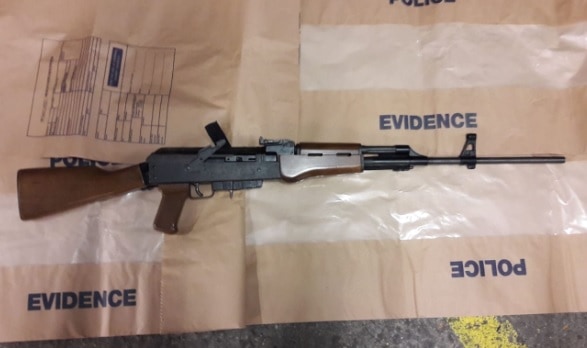 A loaded assault rifle was seized from the boot of a vehicle during a stop and search in Peckham last night.

Officers say they found the weapon after stopping two vehicles in Peckham at around 5pm on Thursday evening (March 7).

Two men, aged 50 and 77, were arrested on suspicion of possessing a firearm and ammunition with intent to endanger life.

Police said the 50-year-old ‘resisted arrest’ but was tasered by officers and taken into custody after being treated in hospital for minor injuries. The 77-year-old also remains in custody.

The weapon is believed to be an Ami Jaegar AP80 .22, fully automatic assault rifle.

Detective Chief Inspector James Harper, from the Met’s trident and area crime command, said: “I have no doubt that removing this weapon from circulation has prevented death or serious injury.

“Trident officers will continue to work tirelessly to disrupt and detect such criminality.”