Despite having cancer and difficulty walking, Frank Gillman received a Halifax Giving Extra award for his voluntary work at a number of different charities 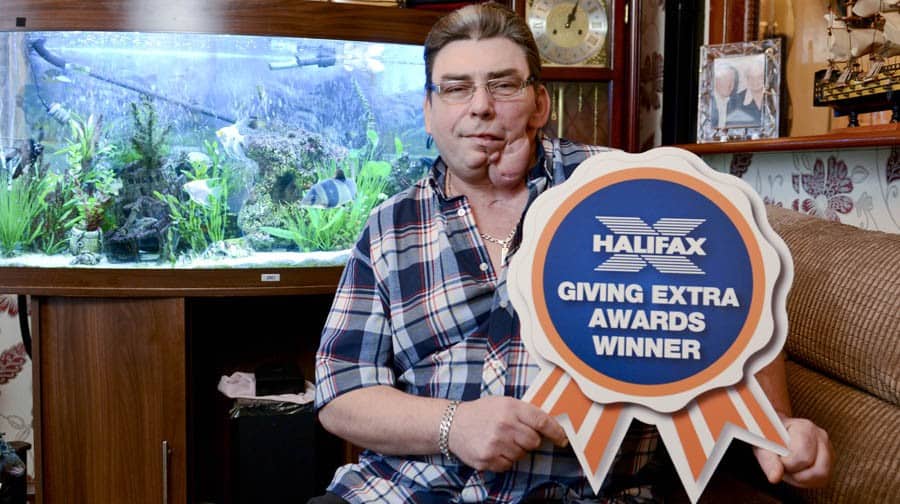 A Rotherhithe man who is unable to work has received an award for going “above and beyond for the people in his community.”

Frank Gillman, who has cancer and difficulty walking, received a Halifax Giving Extra award for his voluntary work at a number of different charities in the borough.

He volunteers at the Bermondsey Pensioners’ Action Group and for AGE UK, where he looks after the elderly.

Frank is also a Trustee at St Olave’s United Charity, which fundraises and organises short holidays or day trips to the seaside for the elderly living in Bermondsey.

Frank said: “I’m really pleased that I have won a Halifax Giving Extra Award, it feels great to be recognised for my volunteering work. “I’m unable to work and can’t just sit at home not doing anything, so I enjoy spending my time helping the elderly in my community.”

Frank was one of 67 regional winners of the award, and has now been nominated for the national prize. The winner will receive £2,500 worth of bond vouchers and a £2,500 donation to the charity of their choice.

Stephen Gudgeon, Community Ambassador for Halifax Bank said: “Halifax received thousands of nominations nationwide, so we’re delighted that Frank has won a Halifax Giving Extra Award in Bermondsey. The work he has done for the community is outstanding and truly deserves the recognition.”