The officers found a man with apparent mental health issues, making repeated threats to kill and dousing petrol near both exits of the building 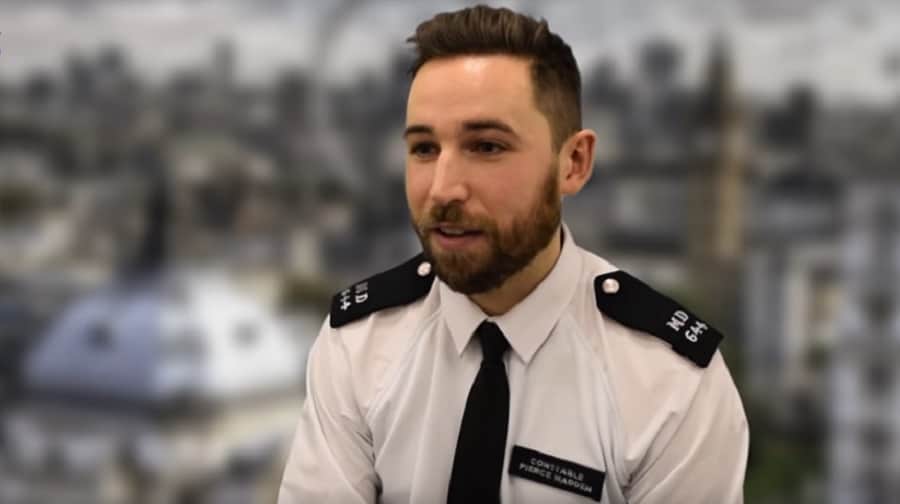 A team of Southwark police officers who raced into a blazing block of flats to rescue ten people, including a baby, elderly man and a pregnant woman, have received an award.

At about 2am on Wednesday, November 25, last year, officers responded to a domestic incident in Grange Road, SE1.

A fire was alight in the communal hallway of a block of flats and two vehicles were burning in the rear car park, making it unsafe to use as an escape route.

No fire alarm had sounded and the residents were unaware of the danger.

The officers found a man with apparent mental health issues making repeated threats to kill and dousing petrol near both exits of the building.

He punched PC Wilbur before making off but was successfully detained and arrested on suspicion of arson and assault on police by another officer. He was later detained under the Mental Health Act.

As London Fire Brigade had not arrived, the officers, armed with their police fire extinguishers, entered the building.

PC Madden cleared a path for his colleagues and evacuated the residents from the ground floor while Inspector Marshall, PC Ben Davis, PC Wilber and PC Andrews made their way up to the first floor.

Their visibility was restricted and the smoke and heat made breathing difficult.

The residents on the first floor were led to safety by PC Andrews while his colleagues made their way up to the second and third floors.

Despite the risk to their own lives, the officers continued to search every flat to ensure no occupants remained. In all, six adults and one child were safely evacuated.

The officers suffered smoke inhalation but remained on scene to deal with the incident.

Southwark Borough Commander Chief Superintendent Simon Messinger said: “These officers put the safety and wellbeing of the trapped and frightened residents before their own in a remarkable act of bravery. Southwark is lucky to have such dedicated officers looking out for them.”

The officers were also shortlisted for the Bravery of the Year Award in the Commissioner’s Excellence in Total Policing Awards 2016.