Both funny and poignant, this play examines the young people society shuts away 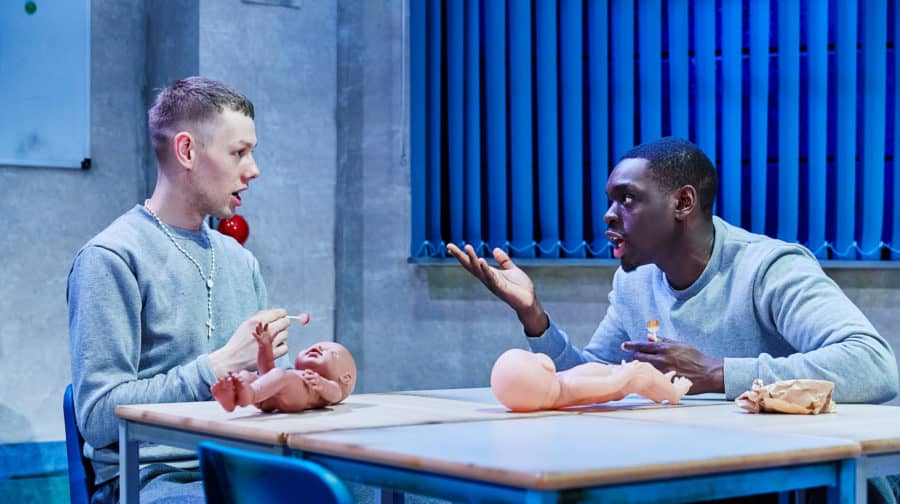 The 2019 Papatango New Writing Prize-winner Shook by Samuel Bailey – which was due to transfer to the West End when the pandemic hit – has been filmed and will be available to watch online from Friday 5 February until Sunday 28 February 2021.

George Turvey, Artistic Director of Papatango, said today, “Having suffered the loss of the West End transfer, we are delighted to have found a way to share Sam’s fantastic play with a wider audience.

“We are hugely grateful to James, the cast, and the whole creative team for pulling together under difficult circumstances to make it possible. We hope that audiences around the world enjoy watching it as much as we did making it.”

The play, inspired by true stories, looks at three young offenders who are due to become fathers while incarcerated. As Cain, Riyad and Jonjo embark on parenting classes under the instruction of Grace, their different histories slowly emerge and their different futures take shape. Both funny and poignant, Shook examines the young people society shuts away.

Shook won the 2019 Papatango New Writing Prize, debuting to critical acclaim at Southwark Playhouse, and was nominated for 7 OffWestEnd Awards and The Stage Debut Award for Most Promising Playwright. It became the best-selling world première in the venue’s history, and sold out on tour across England and Wales.

Following his debut, Samuel Bailey is now under commission from Paines Plough and Theatre Royal Plymouth, as well as developing a new film with the award-winning director Peter Cattaneo (The Full Monty) for 42. He was born in London and raised in the West Midlands. He began writing plays in Bristol and developed work with Bristol Old Vic, Tobacco Factory Theatres and Theatre West before moving back to London. He is an alumnus of the Old Vic 12 and Orange Tree Writers’ Collective. Shook was originally supported by the MGCfutures bursary programme, and was his debut full production. 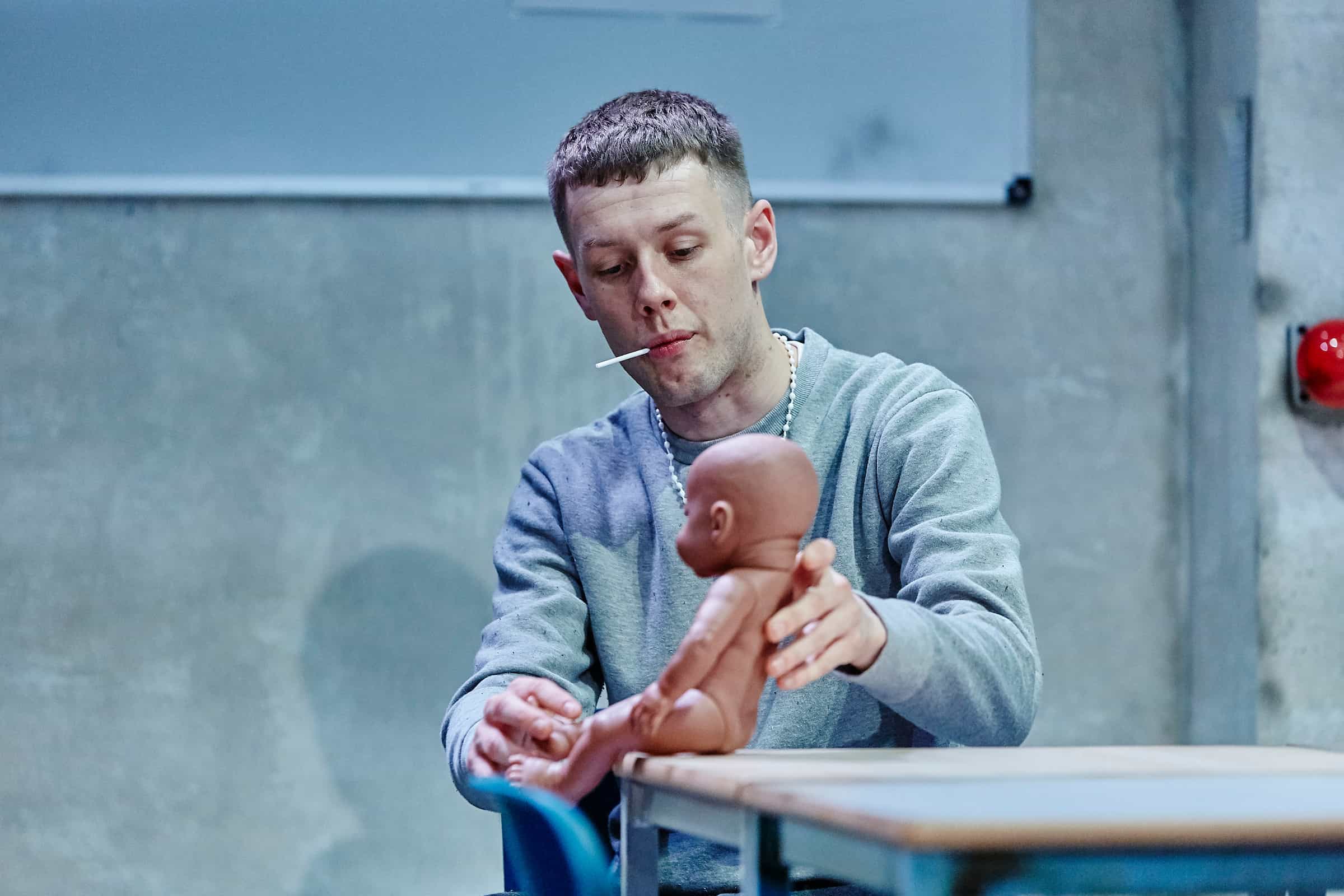 Ivan Oyik plays Riyad. His theatre credits include Blue Orange (Birmingham Rep – for which he was nominated for The Stage Debut Award for Best Actor in a Play) and Red Pitch (Ovalhouse). 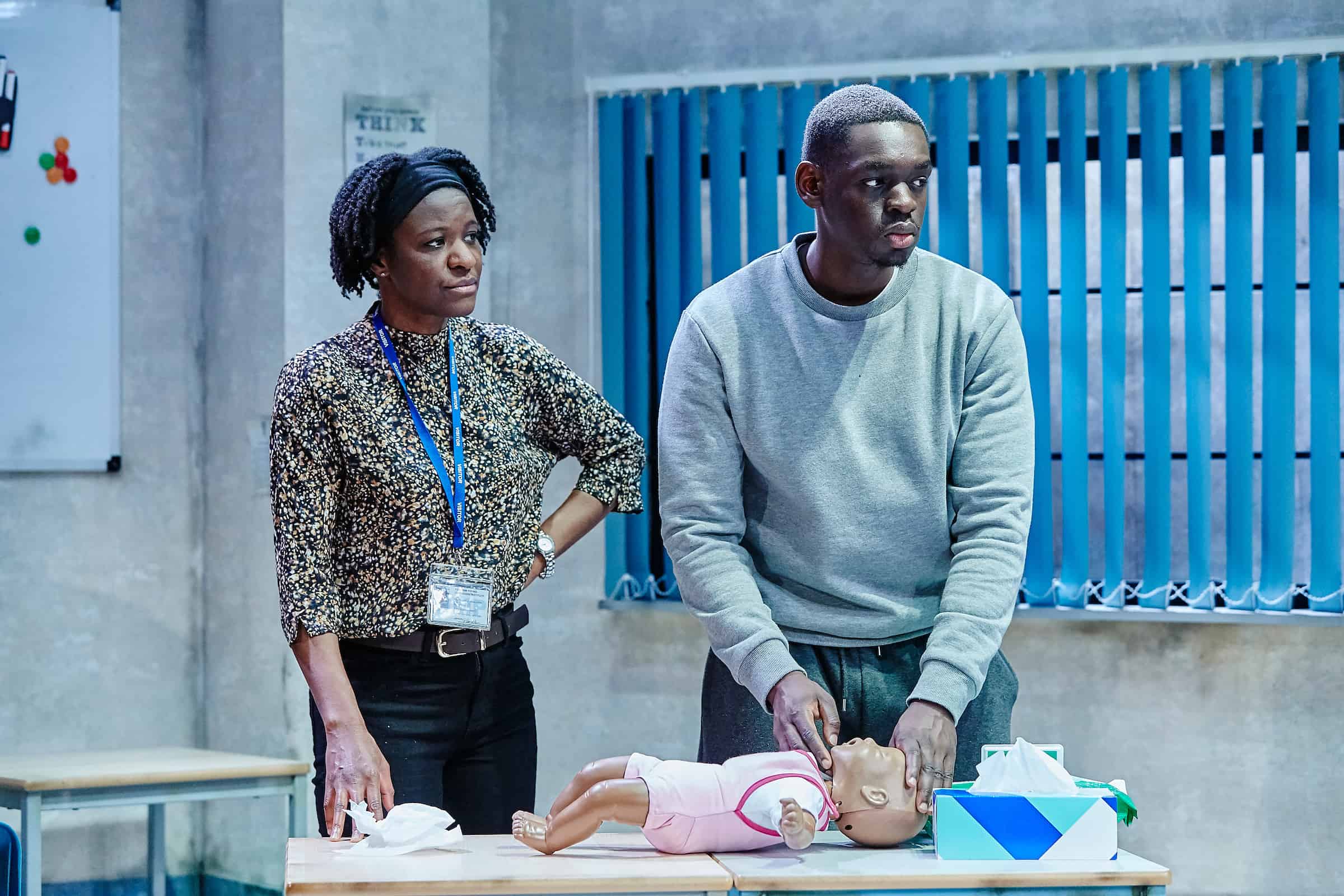 James Bobin is a British screen director, writer and producer. His film credits as a director include The Muppets, Muppets Most Wanted, Alice Through The Looking Glass and Dora and the Lost City of Gold. For TV, his credits include Da Ali G Show, Flight of the Concords and The 11 O’Clock Show.

George Turvey co-founded Papatango in 2007 and became the sole Artistic Director in January 2013. Credits as director include Shook (Papatango, UK tour), Hanna (Papatango, UK tour), The Annihilation of Jessie Leadbeater(Papatango at ALRA), After Independence (Papatango at Arcola Theatre, 2016 Alfred Fagon Audience Award, and on BBC Radio 4), Leopoldville (Papatango at Tristan Bates Theatre), and Angel (Papatango at Pleasance London and Tristan Bates Theatre). Turvey trained as an actor at the Academy of Live and Recorded Arts (ALRA) and has appeared on stage and screen throughout the UK and internationally, including the lead roles in the world première of Arthur Miller’s No Villain (Old Red Lion Theatre and Trafalgar Studios) and Batman Live World Arena Tour. As a dramaturg, he has led the development of all of Papatango’s productions. He is the co-author of Being A Playwright: A Career Guide For Writers, published by Nick Hern Books.

Tickets are £10, and give audiences access to stream the show for 48 hours after purchase via www.papatango.co.uk/shook – captions available. Papatango will mark the production’s online première with a live Q&A with the cast and creative team across its social media channels at 7.30pm on Friday 5 February until Sunday 28 February 2021.

Images: The Other Richard