Aylesbury CPO: leaseholders call on council to improve living conditions after government’s verdict that they can stay

"We should not have to be begging to keep our services on. We pay services charges of £1,800 per year..." 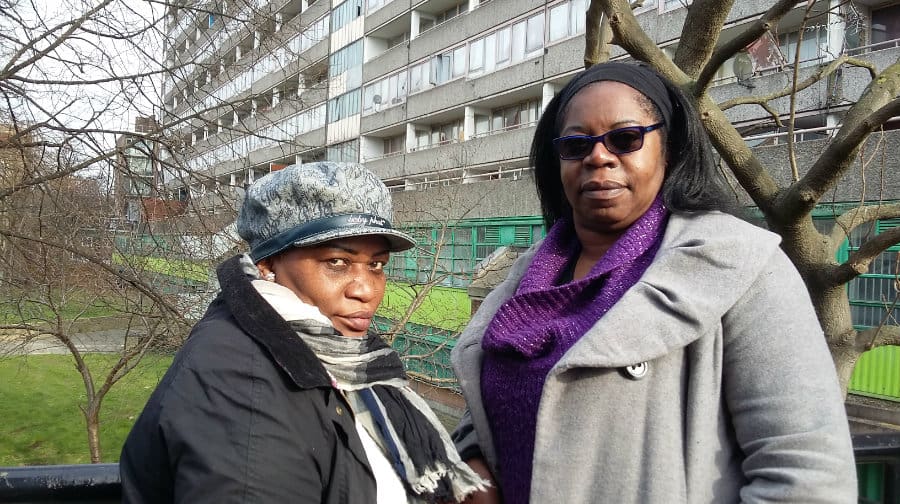 One of the last few leaseholders on phase-1 of the Aylesbury has said the council should be obliged to improve their living conditions in the blocks, which have been “neglected” since tenants were moved out in 2013.

The government gave a shock announcement on Friday that it would block Southwark Council’s attempt to forcibly buy-out the lease holders flats using a compulsory purchase order.

Lease holders have responded with new calls to improve the living conditions on the four blocks: Bradenham, Chiltern, Arklow and Chartridge, as it looks likely they will be able to stay for at least another.

Beverley Robinson, one of the eight who are holding out for a better deal in return for her flat said: “I have to report problems to do with my block to the council nearly every day.

“Just last week I had my hot water and electricity go off. My electricity was fixed on Friday after three days, but I also had to bathe myself in cold water before that was fixed on Monday.

“They started decanting people from the estate three years ago and ever since then we have had more problems. They should be monitoring the estate and keeping it in order for those of us who still live here.

“We should not have to be begging to keep our services on. We pay services charges of £1,800 per year. It’s barbaric. These are basic necessities. This is the western world not a third-world country.”

The barrier around Bradenham house in the Aylesbury Estate. Lease holders told the News they have felt like they are living in “Alcatraz”

Since March 2015 the site has been surrounded by an eight-foot wall to protect the near-deserted site from criminals and squatters, which is secured with razor wire and 24/7 coverage from private security.

Southwark’s cabinet member for housing Stephanie Cryan told the News: “We have been dealing with a with power network problem at Chiltern, the relevant utilities company came out to resolve the issue and engineers will remain on site until everything is completed.

“More generally, we continue to maintain Aylesbury Estate as we would any other. We have security on site, monthly estate inspections, regular communal cleaning as well as warden and housing officer patrols.

“We also have a dedicated team for the Aylesbury Estate which deals with any leaseholder issues. We continue to uphold our obligation as a freeholder to maintain the estate while the regeneration happens.”

The estate’s last few residents have also had problems with Royal Mail, who on various occasions have deleted the estate from its records, meaning their addresses will temporarily stop existing.

“I had to cancel a passport order and wait six months to get a new one,” Said Beverley, “It still goes on and off even today. It’s disgraceful.”

Southwark NewsNewsAylesbury CPO: leaseholders call on council to improve living conditions after government’s verdict that they can stay