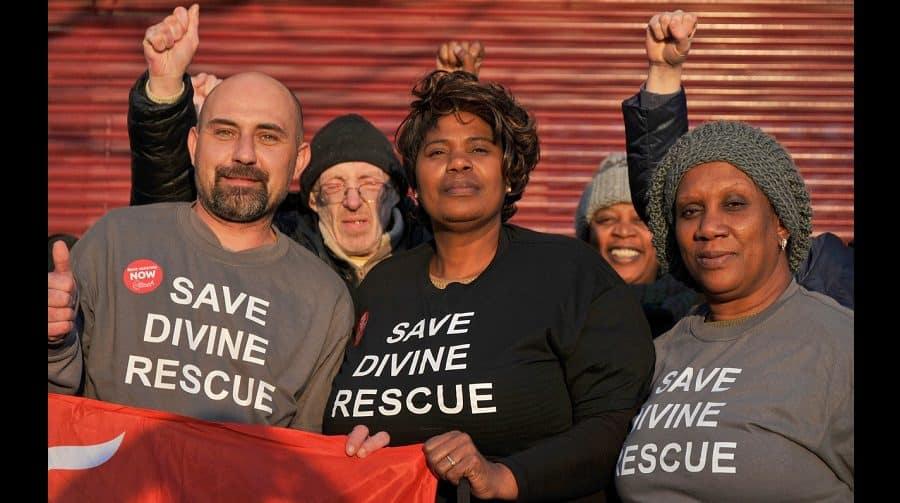 Negotiations are ongoing between a Walworth foodbank and Southwark Council to decide its future.

The council has said a new lease is being drawn to allow the Divine Rescue charity to stay at the Thurlow Lodge Community Hall in the short term.

Southwark will tender for a new community organisation to run the space, with the guarantee that Divine Rescue can continue using it.

Councillor Fiona Colley, cabinet member for finance, modernisation and performance, also said the council “would welcome proposals from either Divine Rescue or any new TRA which would be considered along with other groups who may wish to put themselves forward”.

The decision to close Thurlow Lodge was made voluntarily by its now-defunct Management Committee (made up of three TRAs and the Creation Trust).

Tensions arose on January 3 when council officers went to close the hall in Thurlow Street.  The charity’s volunteers began an occupation of the site, and continue to run the foodbank for hundreds of people who visit each week.

Although Divine Rescue was made aware of the hall’s closure in June, its manager, Sister Catherine Msoni, said: “Not every church can manage having as many homeless people visit them as we need. And some… do not want to.”

Local residents have recently set up the Wendover Community TRA, which also hopes to become the new leaseholders for the hall.

Cllr Colley said: “We have also said we are happy to discuss recognising a new TRA but that the correct process needs to be followed.”

Tanya Murat of Defend Council Housing, who supported Divine Rescue since the hall looked set to close, criticised the council for its plans “privatise” Thurlow Lodge.