Aylesbury Estate: Southwark Council is ‘looking again at all the options open to us’ after Southwark News probe into heating and hot water failures

Although residents have been told they can shower for free in leisure centres nearby, many elderly or immobile people are left in the lurch 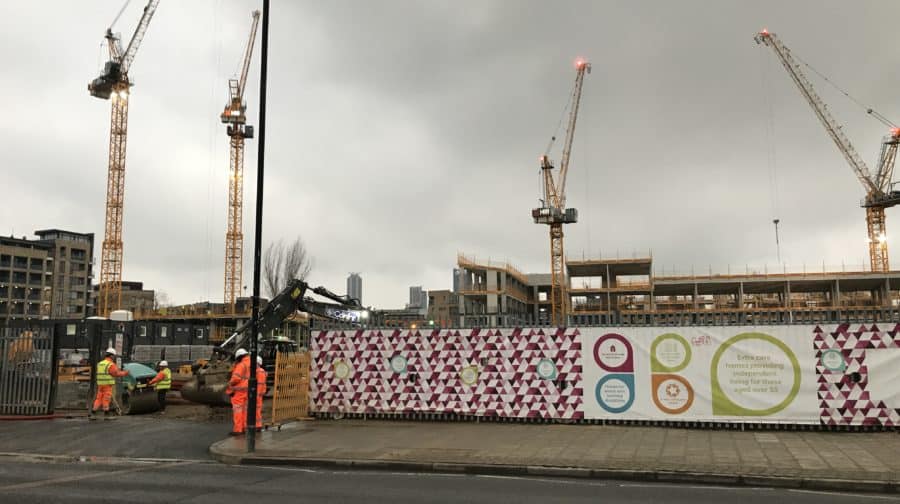 The 'package A site of the Aylesbury development, on Albany Road, pictured in January 2020.

Southwark Council’s housing chief says he is “looking again at all the options open to us” to help Aylesbury residents struggling with intermittent hot water and broken heating.

In response to questions from the News about whether Tooley Street would consider giving pre-paid electricity cards to residents dependent on expensive fan heaters to heat their homes, councillor Kieron Williams, said: “We have undertaken extensive work to keep the heating and hot water running on the Aylesbury Estate, including our investment in preventative works last year.

“Unfortunately that was not as successful as we had hoped and I would like to apologise again to residents who were affected by the outage.

“We are now looking again at all the options open to us to make sure we maintain a decent standard of housing for residents while work is ongoing to regenerate their estate.

“We will be working hand in hand with them to explore the options and I will be meeting with ward councillors and Tenants and Residents Associations members this week to start taking this forward.

“In the meantime we have installed high quality modern temporary boilers in all nine plant rooms on the estate, these have the added advantage of avoiding most of the underground pipes between blocks that have been such a big part of the problem.”

As the News reported last week, those using pay-as-you-go are left most at risk of spiralling costs – or simply not having the cash in hand to use fan heaters doled out by the council.

Although residents have been told they can shower for free in leisure centres nearby, many elderly or immobile people are left in the lurch.

Annie, aged 71, is a wheelchair user with emphysema and COPD who lives in Missenden block.

She says going to Elephant and Castle to wash is too difficult a journey for her and her husband, Hassan, who had a heart attack last year.

She told the News: “At this time of year it’s warmer outside than it is inside my flat, because we’ve got no insulation and the hot water is still only lukewarm.

“I’m fed up of trying to contact the council. I don’t want to die in that flat.

“I’ve had emphysema and COPD for years but it’s getting worse and worse and it’s because I go to bed of a night time and I wake up cold. And at 71-years-of-age I shouldn’t be having to do that.

“They’ve told me it’s an ongoing situation and they can’t tell me when it’s going to be resolved. In the meantime I’ve just got to sit here and freeze.

“They want me to sit in a fridge at my time of life.”

I have lived on Gayhurst since 1971. I have not had any heating at all for two weeks, I have had problems with my heating since November 2019. After having engineers and Senior engineers attending I have an appointment for Monday 10th Feb to have a repipe due to a blocked riser. There is a lack of communication about what is happening regarding the serious problems on the Aylesbury Estate. It’s ok for them to give you fan heaters but they cost a fortune to run. We still have to pay the council as well as paying to run the heaters. The whole of the Estate is in a sorry state and I can’t wait to move to somewhere Warm Safe and Dry.

Southwark NewsNewsAylesbury Estate: Southwark Council is ‘looking again at all the options open to us’ after Southwark News probe into heating and hot water failures