“It’s been essential to have a meaningful and respectful dialogue with the developer, and not just to go in raising our voices and raising pitchforks," church minister said 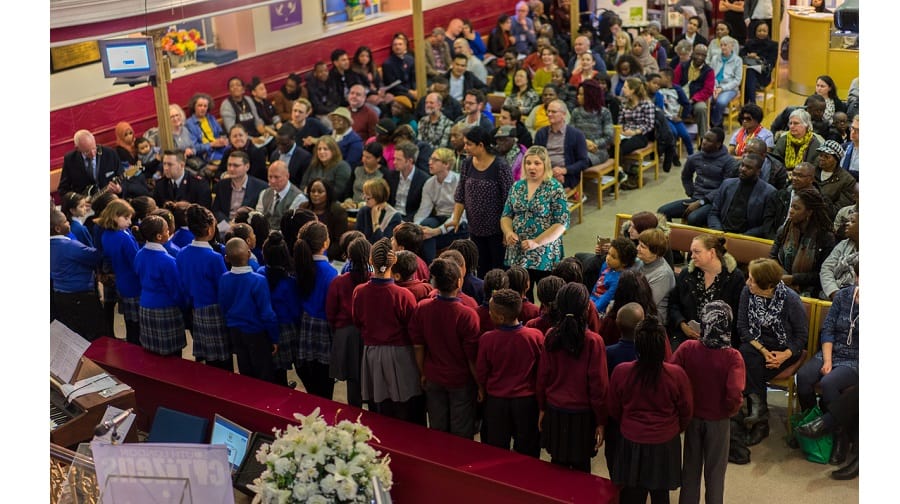 Campaigners in Peckham have received promising words that the developer hoping to demolish the Aylesham Shopping Centre intends to meet affordable housing targets.

Peckham Citizens last week packed out the Rye Lane Chapel to launch their Citizens’ Charter, with a list of demands they want from Tiger Developments.

Among the demands are for the redevelopment – which is likely to include over 400 homes and be “up to” 20-storeys tall – to meet the council’s 35 per cent ‘affordable housing’ target.

They hope one-third of all jobs created, including managerial roles, will go to local people. Their third priority is for new homes to be priced in-line with local average incomes.

The meeting was attended by Graham Haydon-White, development director of Tiger Developments.

Graham was quoted after the meeting saying “Our intent is to comply with the Borough’s policy, which is for 35 per cent of new homes to be affordable to local people”.

He told the meeting that Tiger will “support” the aspirations of Peckham Citizens, to “ensure as many jobs as possible go to local people”, and that he was “happy to commit to having regular monthly meetings with Peckham Citizens”.

Deji Ayorinde, associate minister of Rye Lane Chapel and Peckham Citizens member, said: “We all thought that this development highlighted both opportunities and potential threats to this community. So we wanted to talk to those with a vested interest, i.e. Southwark Council and the developer.

“It’s been essential to have a meaningful and respectful dialogue with the developer, and not just to go in raising our voices and raising pitchforks.

“Seeing developers in dialogue with a local community is a rarity these days, and we hope this will further a new template of co-operation, that can be used in other communities elsewhere.

“Big development firms are often seen as faceless and cold hearted, but often they are human beings guided by policies as well as the need to make a profit for their company.

“We hope this will be the beginning of our successful engagements with Tiger Developments,” the 48-year-old said.

Mark Williams, the council’s cabinet member for regeneration and new homes, told the gathering he would do “all in his power” to make sure the Citizens’ demands were met.

The 270 guests who attended were also entertained by a choir of pupils from Oliver Goldsmith Primary School.

Peckham Citizens has now launched its #Peckham1000Faces, which encourages over 1,000 people to take a photo of themselves supporting the demands in the Peckham Citizens’ Charter.