A petition, calling for Tiger to scrap its proposals, including a 20-storey high tower block, had been signed by more than 1,600 last week 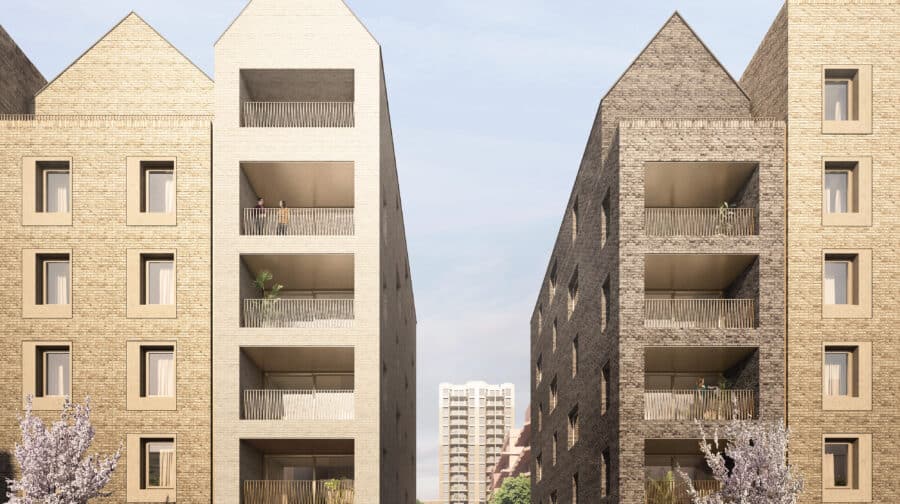 CGI of the proposed scheme: Rye Lane looking east into the heart of the regeneration project

The developer behind the Aylesham Centre’s regeneration says its now-closed consultation is ‘not the end of our engagement’.

As the News has reported, a coalition of residents and businesses had called for Tiger Developments to go back to the drawing board with its proposals, saying the final stage of its consultation, held throughout the summer, had been ill-timed given the Covid-19 pandemic.

A petition, calling for Tiger to scrap its proposals, including a 20-storey high tower block, had been signed by more than 1,600.

The plans have been in the works since 2016, with the developer saying more than 580 people have attended ‘multiple’ workshops and exhibitions, and more than 4,200 had given feedback online. It says 12,000 addresses were flyered with information about the scheme.

Responding to claims the consultation had not reached enough people, Tiger’s managing director John Nesbitt said: “The Aylesham Centre has the potential to be transformed into an exciting new destination that builds upon Peckham’s strengths and complements the existing vibrant town centre offer, and we want to create a place that is attractive to a wide range of businesses that will serve and support the local community, create new jobs and attract new visitors to the area.

“This is not the end of our engagement programme and we have a team actively meeting with local people, amenity groups and businesses to discuss how we can ensure that this development delivers real social value to local communities for the long-term and reflects the best of the area.”

The regeneration is slated to build more than 900 new homes – 37 per cent ‘affordable’ – retail space, a new Morrisons supermarket, new bus road through the site and improved pedestrian links, and three football pitches of public space including a play area for children. Tiger says 114 new trees will be planted with greenery in the area increased by more than 40 per cent.

A key point of contention with those against the scheme’s current iteration is a 20-storey block they say will ruin Peckham’s predominantly low-rise character and threaten its skyline.

Tiger says the block would be placed at the eastern end of the site to protect the block tower, and other buildings in the middle are of ‘varied’ height to protect views of St Paul’s and the City.  An update on the scheme’s planning application is expected soon.

i think its a good idea to bring new homes and new things to the community and to bring peckham back to how it was back in the day ,thand peckham need a new face lift.