The cygnet had been attempting to make its first flight 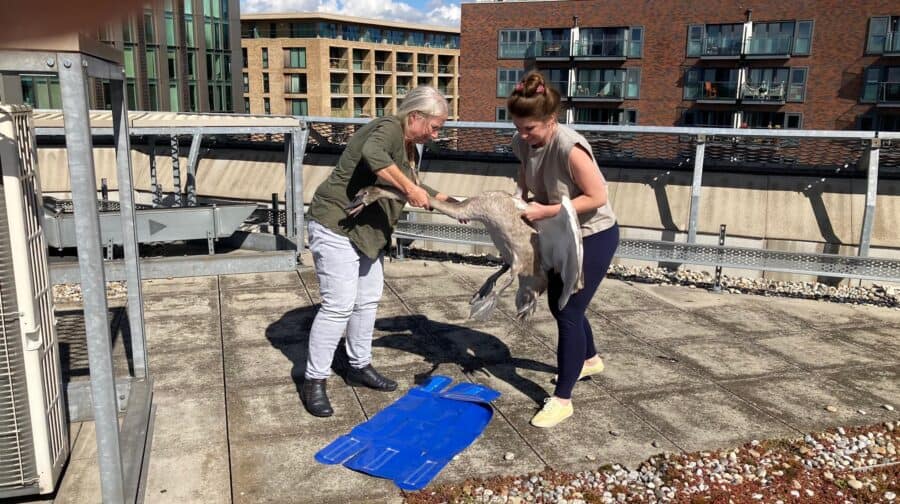 A lucky baby swan was rescued by volunteers after finding itself trapped on the roof of Canada Water library while attempting to make its first flight on Sunday morning.

The stranded cygnet had found itself separated from its family-of-five, and once on the roof had not been able to take off again.

Young swans need a lot of room to take flight, and there wasn’t enough room on the roof. Residents from a nearby block of flats had seen the young distressed animal, and called volunteers from the Swan Sanctuary.

“After a couple of minutes we realised the cygnet was not OK, it was in visible distress,” said a resident.

“It started to pace the dry spot, looking for a way out, for his siblings, for water.” The swan on the roof

Volunteers from the charity climbed the roof and released it safely back to its family – marking a happy ending to the tale.

“This is a dangerous time for young swans as they make their first flights. Swans need a lot of space to take off, having landed on the roof it didn’t have space to take off again,” said Gill Walker, a volunteer rescuer for the Swan Sanctuary.

“If it hadn’t been spotted, this swan’s first flight could have ended in tragedy. It was very lucky.” The swan with its family