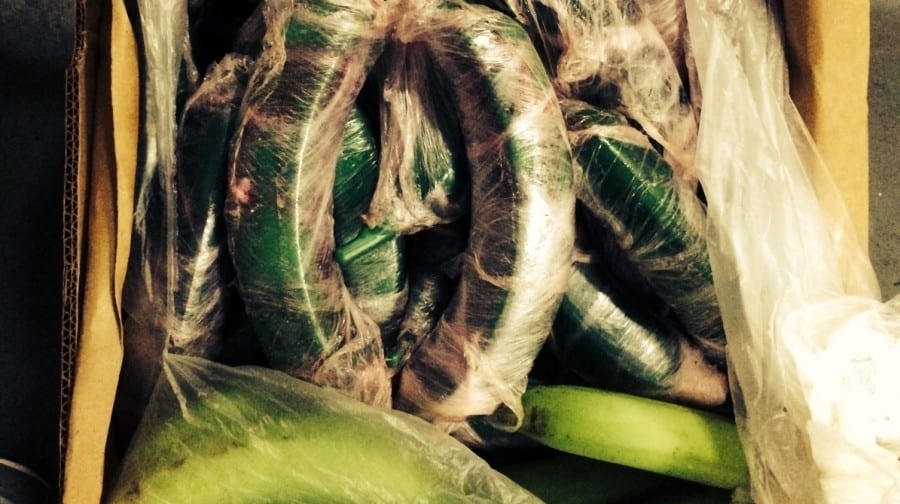 A Peckham man has been jailed for fifteen years after millions of pounds worth of cocaine was discovered hidden in a batch of fake bananas.

Daniel Valdes Jaramillo, of Hillbeck Close, was part of a Columbian drugs cartel caught smuggling more than 100 kilos of the class A drug into the country in banana boxes, camouflaged within green plastic containers.

Police arrested three men after the consignment of fruit from Colombia arrived at Dover in July last year, and was taken by lorry to a trading estate in Kent.

While police monitored the warehouse, other officers tailed Jaramillo, 24, and two of his accomplices, Leonel Hernandez-Gonzalez, 37, of Hounslow and Oscar Grisales-Cuervo, 45, of Ballard Lane, N3.

All three men were arrested as they left an Internet cafe in Stockwell together on July 10, where they are believed to have received instructions about what to do with the drugs via email.

Police raided the warehouse later that night, finding the cocaine, with a street value of £24million stuffed into plastic banana cases, hidden among the real fruit. Officers also seized £290,000 of cash which was linked to Hernandez-Gonzalez.

Daniel Valdes Jaramillo, of Hillbeck Close, Peckham was jailed for fifteen years for conspiracy to import of cocaine

Detective Inspector Paul Foreman from the Special Projects Team said: “The arrest and conviction of these individuals serves to show that the Metropolitan Police will not tolerate the distribution of Class A drugs which has such a harmful effect on London’s communities.

“These individuals were part of a sophisticated, well-organised and determined criminal network capable of masterminding and resourcing this complicated international smuggling operation and sustaining it over a long period. The evidence shows that this unit has disrupted and dismantled what was a well-oiled, large scale operation.”

Jaramillo, Hernandez-Gonzalez and Oscar Grisales-Cuervo were jailed at Southwark Crown Court on Monday for a total of 59 years for conspiracy to import of cocaine.

The lorry driver was not part of the drugs ring and another man, Arzine Robert Okoli, 49, of Myrtle Street, N1, was found not guilty of money laundering charges in connection with this case.