Police appealing for drivers to stay safe in wet weather 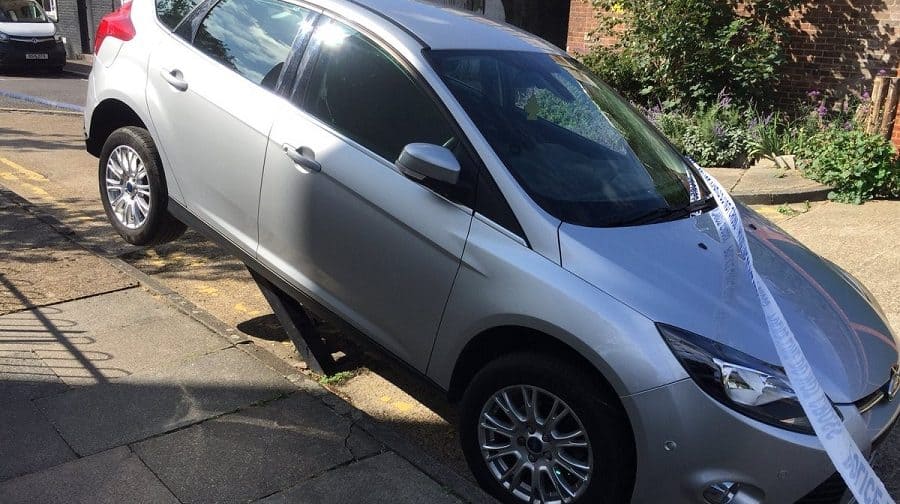 Officers on patrol in Southwark were surprised to find a car stuck at a very awkward angle on Saturday morning.

The vehicle was half raised off the ground, seemingly having driven over a movable bollard.

With the owner nowhere to be found, the Met arranged for it to be lifted and towed off.

The unfortunate parking error was once of several traffic incidents during the bank holiday weekend.

On Sunday a car crashed into another car and two road signs in a 20 mile an hour zone, missing two pedestrians.

Officers said two males were arrested and are in custody – and appealed for drivers to be careful during the weekend’s downpours.

Luckily no one has been hurt after this vehicle crashed into another car and road signs, only just missing pedestrians in the street. 2 males have been arrested and are in police custody. Please watch your speed and be extra careful in these wet conditions #roadsafety ^227MD pic.twitter.com/OQvEFeIgwV