The court is free for anyone to use 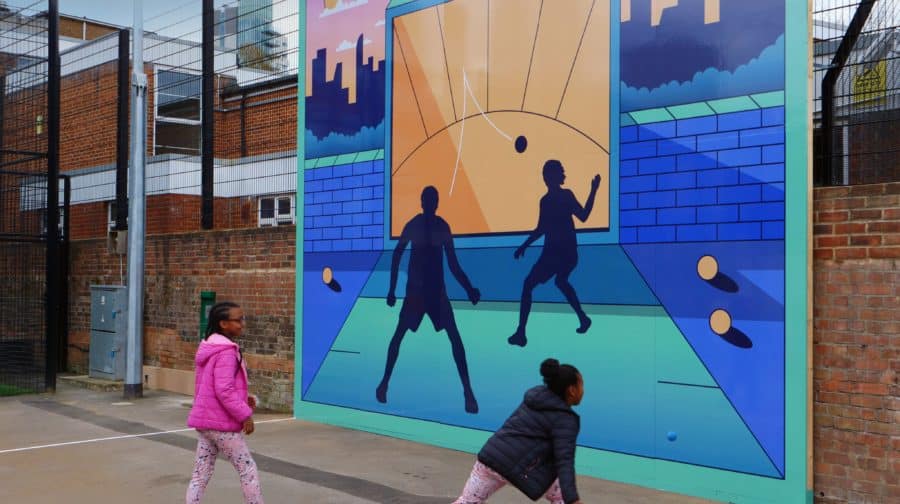 A new sport has arrived in the UK and its first court – free for anyone to use – is in Bankside, writes Kit Heren…

Wallball, which involves hitting a ball against a wall with your hand with a partner – a bit like the Basque sport pelota – is a cheap and simple way of getting people active and improving their physical and mental health.

The game has been popular in New York, a similarly dense city where space is a premium, for years. Now the first UK court has been opened in Marlborough Sport Gardens.

Anyone who wants to play can take a ball from the free vending machine, watch an instructional video by scanning a QR code with their phone – and then get going.

The court was opened last week by UK Wallball, with support from the Bankside Open Spaces Trust and the Jack Petchey Foundation, a charity for young people.

“Any player is going to have a brilliant time playing and with everything we’ve installed here you don’t even need a coach. You can literally teach yourself by watching a video and grabbing a ball from the vending machine. Wallball’s greatest strength is its simplicity and that is playing out in full here.

“Behind the scenes, by breaking down barriers to getting active, initiatives like this will help to improve both the physical and mental health of anyone who engages, either as players on the court or as artists, BBQ chefs, DJs and volunteers off it.”

Gemma Dunbar, Head of Programme Development at the Jack Petchey Foundation said: “We love the way that any young person can turn up, learn a new game with their friends, meet new people, get active, burn off steam, enjoy the outdoors safely and be healthy and have fun. Wallball is a fantastic sport!”

Helena, an 11-year- old local girl who attended the opening said: “I got a ball from the machine so I can play with my friends. It’s awesome!”

UK Wallball plans to follow in the footsteps of New York, which now has about 2,500 wallball courts.