Albert Slough, who died while fighting in WWI, will be honoured with a 100-gun salute organised by his grandson 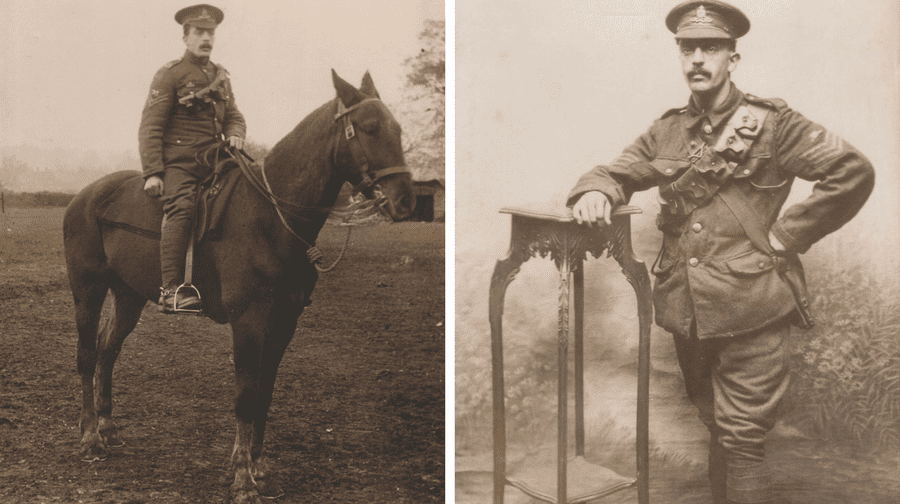 Albert Slough died while fighting in the Battle of Passchendaele. He will be commemorated during a 100-gun salute organised by his grandson, John Slough.

A Bankside soldier who died in the Battle of Passchendaele during WWI will be honoured with a 100-gun salute.

Albert Edward Slough will be remembered during the Passchendaele Salute 2017 in France tomorrow – a service marking 100 years since the end of the battle.

The commemoration service has been organised by Albert’s grandson, John Slough, who works as a master gunmaker, specialising in the restoration of artillery.

John, 70, has restored and assembled sixteen Great War guns for the occasion, which will fire 100 rounds during the service at Fort de Seclin, near Lille.

“For some reason the artillery always seems to miss out,” said John, who grew up in Bermondsey.

“Everyone was a hero there for sure – most people were going over the trenches and being shot and that’s the impression you get of the battlefield – but there was an enormous amount of artillery gunners who took part so we thought they should be honoured.

“I thought it was a good idea to get together as many guns as we could find to fire a gun salute as they are quite rare.

“I’ve got them from all over the world – and one came from Australia which was being used as a fence post.”

John’s grandfather, Albert Slough, was born in 1885 in Hopton Street and had four brothers and one sister.

In 1907 he married Ellen Sams at St Mark’s Church, in Kennington, and they had four sons: Albert, Arthur, William and Peter.

Albert worked as a fitter at the Nugget Boot Polish Company and before WWI served as a medic in the Royal Army Medical Corps.

At the outbreak of war, he re-enlisted as a driver and later trained as a fitter in the Royal Field Artillery working on 18-pounder field guns.

In 1915 he volunteered to serve overseas, for which he was awarded the Imperial Service Badge, and soon after he was dispatched to France, leaving behind his three sons and wife, who was pregnant with their fourth son.

His battery was sent into action in the northern sector of the Western Front, later attached to the Canadian 4th Division.

By October 1917 he was again on the flank of the Canadian Army, fighting along the canal at Oothoek, Belgium.

On October 22, Albert’s battery was hit by a shell and he, by then a sergeant, and another man were taken to a dressing station called The Huts, in Dikkebush, where he was pronounced dead on arrival.

The 32-year-old was buried alongside a gunner of his battery in The Huts Cemetery.

John will honour his grandfather and all the gunners who fought during the Battle of Passchendaele at the service tomorrow, which he said would be an emotional day for his family.