Banksy artwork to be protected in Bermondsey

A Banksy artwork will be protected when the building it is painted on is developed. 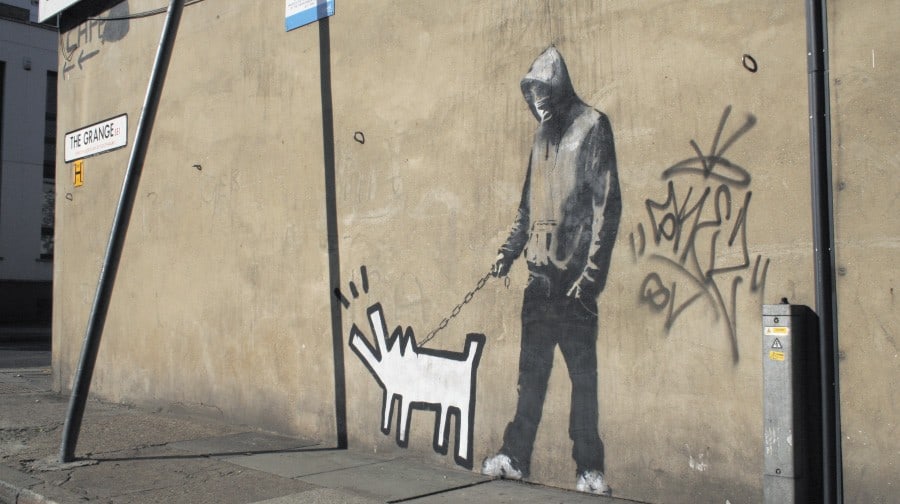 The graffiti will not be damaged by work to building

A PIECE of artwork by notorious graffiti artist, Banksy, will be maintained when the site in Bermondsey is redeveloped.

The Haring-Dog mural first appeared on the blank wall on The Grange in 2010, and features a barking dog and a man in a hooded top.

Artist Joe Guner Yusuf Ozlala, who owns the site, said that the plan is to keep the artwork but there is no plan to start the building yet.

Southwark’s planning sub-committee unanimously approved plans for a seven-storey development at the corner of Grange Road and The Grange, which will include 20 flats, seven of which will be affordable homes, and commercial units.

Grange Ward Councillor, Lucas Green, said: “I think that most local people would like to keep it.”

Cllr Green, who says that the development has been given the go ahead, also added: “The nature of Banksy is that a lot of them are on old buildings that might not be around forever and that’s part of the beauty of it.”

I noticed, a couple of days ago, that plywood boards are covering where, upon closer inspection, Banksy’s Bermondsey Dog ‘n’ Hoodie had been until very recently. I was gutted til I read this article from last year. Can I assume it’s being legitimately ‘protected’ somewhere awaiting relocation in the community, rather than having ‘vanished’ into the world of private ownership and collection? I remember my local Banksy in Redcross Way was taken down that route, literally cut out from the door (of The Ragged School) that was its canvas !

Southwark NewsNewsBanksy artwork to be protected in Bermondsey