Bat is now back in the wilds of south London 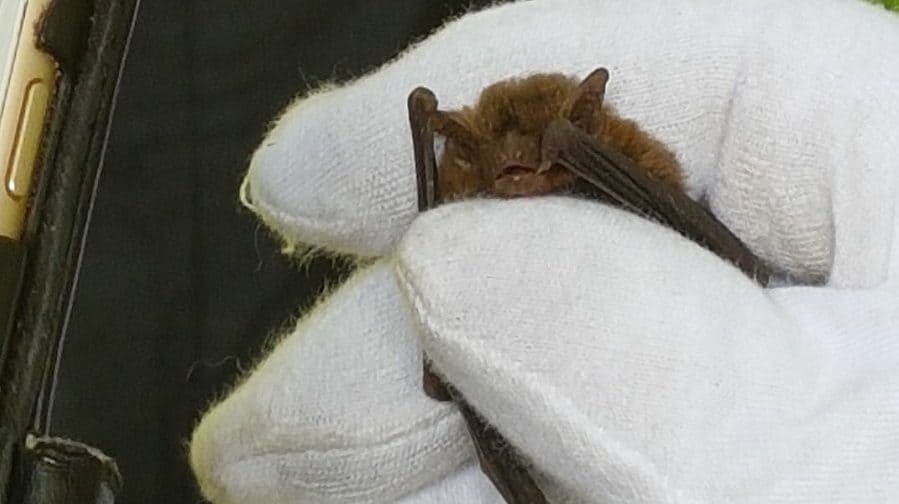 A bat stuck inside a loudspeaker has been rescued by the RSPCA with help from a curious dog, its owner, a bat expert and the fire brigade.

The RSPCA were called out to Crystal Palace Park on Saturday, June 2, after a dog alerted its owner to the creature trapped inside an unused tower speaker at the park’s
amphitheatre. The bat was eventually set free, but not without help from a bat expert and the fire brigade to scale the ten-foot-high boombox. RSPCA Inspector Rebecca Phillips said: “This was my first bat rescue so it was super exciting! When I first saw the little brown creature, I was amazed he had been spotted at all, he was so small and hard to see.

“Boris – as we called him – had somehow got himself trapped between two sheets of mesh and was hanging upsidedown from it. The dog-owner told me that when he had tried to loosen the mesh to stop it from squashing the bat, the pipistrelle squeaked at him.

“The speaker was really solidly built, welded closed, and about ten foot high, so I knew I’d need help.

“Bat expert Roger Branton was able to join me, and soon after, on our request, the fire service arrived.

“They used the dog-walker’s ladder to scale the speaker and used my bolt cutters to cut off the chain and padlock which secured it.”

After sawing through the inside wood panels and mesh netting, they handed over to Roger, who, wearing protective gloves specially made for handling bats, managed to gently take Boris
out.

“He then took the bat back to his house for rehabilitation. On Sunday evening, he was able to release the little guy back into the wild, close – but not too close – to where we found him.

“My thanks go to the alert dog walker, the fire service and bat expert Roger Branton, for helping to make this amazing rescue have a happy ending.”