Campaigners want all the land, currently a scrap yard, to become part of the park 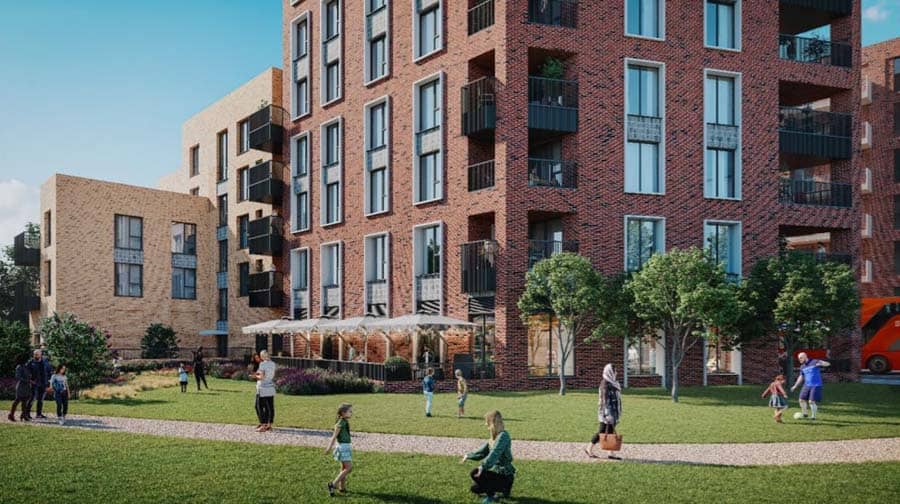 Mock-up from the planning application

Local campaigners have hit out a proposed housing development on the south side of Burgess Park, arguing that it has been earmarked as an extension to the park for decades, writes Kit Heren…

The new plans, at 1-13 Southampton Way, would see scrap yards knocked down and turned into 32 flats in a building ranging from three to seven  storeys, as well as a café and bike stand. Of the 32 flats, six would be for social rent and the remaining 26 would be for shared ownership, according to planning documents.

Developer Burlington Homes would also clear and decontaminate a third of the site before giving it to the council to be added to the park.

But local community group Friends of Burgess Park said that the development would be “a tragedy” because the entire site is designated as Metropolitan Open Land, one of the highest levels of protection. 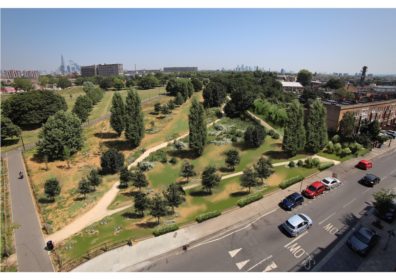 Campaigners point out that the council has previously proposed buying up the land through a compulsory purchase order. A report in January 2014 said that “this work will dramatically improve the environment at the north end of Southampton Way and for the regenerated Elmington Estate. This proposed sizable increase in green space will also yield benefits for Camberwell as a whole.”

Friends of Burgess Park and Burgess Park Action Group want the council to buy up the land and add it to the park to protect the area’s biodiversity, which includes a nearby wildlife site. The News understands that the council’s planning advice suggested that a compulsory purchase order would be unsuccessful.

A 2013 London Wildlife Trust report found that although the park had “moderate biodiversity value” it could improve to “high” with the right management. A 1992 report by the same organisation found that the New Church Road area of the park is “without doubt, the richest wildlife habitat of Burgess Park and of the whole north-west Southwark area.”

Adding more green space would be in line with the history of Burgess Park, campaigners said. The park was originally created after the second world war by clearing slum housing and privately held land was bought up by city authorities. 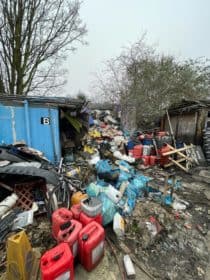 The current state of the site

The development is one of several possible new housing blocks in the area south of the park, including in nearby Parkhouse Street. Campaigners are also concerned that this could create a “corridor” effect on the park and cause shadowing, which they said could affect the wildlife.

The groups are running a petition protesting the development which has gained nearly 3,500 signatures, and 375 people have lodged objections to the scheme on the council’s planning website. Some 48 have spoken out in favour of the proposal.

Friends of Burgess Park and its supporters have also drawn up alternative plans for landscaping the entire site.

Philip Patrick, managing director of developers Burlington Homes, said that he had spent two years in consultation with local people, the council and the Greater London Authority and added that the development, which is technically all “affordable”, would help meet the borough’s “pressing housing need”.

He noted that the council had not bought up the site despite the 2014 recommendations and pointed out that the plans include 424 square metres of land to be cleared, decontaminated, landscaped and given for public use as part of the park.

In response to questions about the impact on the park’s wildlife, Patrick said that the development will include new areas of native scrub and shrubs, while also keeping mature trees, among other plans.

“Concerns have been raised by some objectors about the potential overshadowing of the proposals upon the park, and the impact this may have upon its biodiversity,” he added.

“It should be noted that where the highest levels of shading will occur, close to the building, species have been chosen that thrive in shaded conditions. All areas of native planting will receive sunlight for significant periods of the day and as many of the species are shade tolerant, will continue to establish.”

An earlier version of this article reported the plans included 424 square feet of land to be added to the park, rather than 424 square metres.