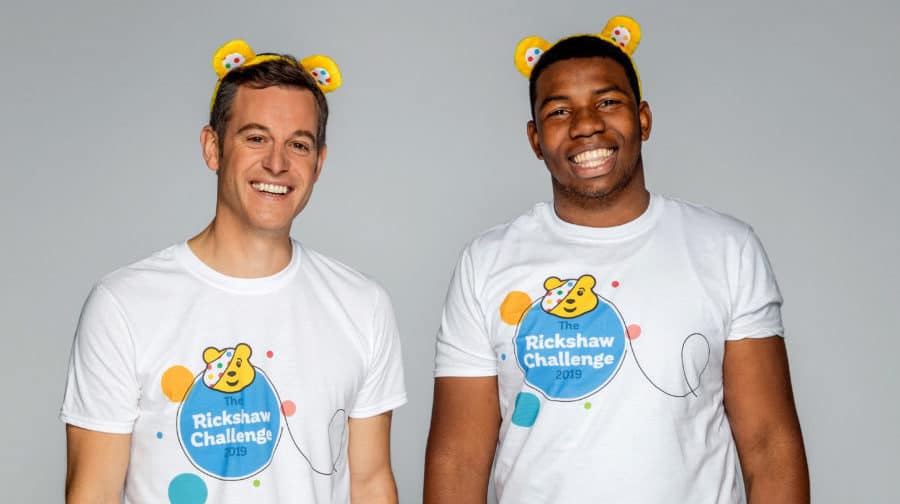 A young Bermondsey man will take part in a BBC Children in Need challenge after it helped him recover from a stabbing.

20-year-old Uche will take part in the BBC’s Rickshaw Challenge along with One Show’s Matt Baker for the appeal, after money raised by Children In Need helped him recover from a knife attack.

The popular Bermondsey boy’s life changed dramatically in February 2017 when he stabbed while looking for his stolen bike. The knife went through his upper arm and artery, and he was rushed to hospital.

He spent a month in hospital recuperating from his wounds, and while the physical injuries began to heal, Uche says he struggled with recovery.

However, he began to attend a youth project, XLP, which is funded by Children In Need – and with their help has landed himself an apprenticeship in Engineering.

“Following the stabbing I found things quite difficult but with the help of XLP I have been able to focus on my future and make the best of my situation,” he said.

“I’m really looking forward to being a part of Team Rickshaw and hope that the people of the UK will get behind us and help us to raise money for BBC Children in Need.” XLP, which works in nine inner-city London boroughs including Southwark, receives a three-year grant from Children in Need to help deliver weekly football sessions and mentoring to youngsters from challenging backgrounds.

The Rickshaw Challenge will see six young people and Matt Baker travelling across the country from Friday November 8, before ending up at the BBC Elstree studios for the Children in Need appeal show on Friday November 15.

The team’s progress will be broadcast live on The One Show throughout the week, with Matt Baker’s co-presenters following the team on their 400 mile journey.

As part of the challenging route this year, the team will brave the highest village in the UK, Flash in the Peak District, and the steepest street in the world in Wales on their Rickshaw.

“I can’t believe that in just a few weeks’ time we’ll be heading back on the road again for the ninth year of the Rickshaw Challenge!” said the One Show’s Matt Baker. “We have a truly inspirational team joining us on the road, and we’re looking forward to seeing all those friendly faces who will be cheering us on from the roadside, as we battle the elements and complete the 400 mile journey from Wales to Elstree.”

Donations from the public will be boosted by a pledge from the Hunter Foundation, which has said it will donate 40p for every £1 given by the public for up to £3million in total.

The One Show viewers will be able to follow Team Rickshaw’s progress on the show each day, but real time updates will also be available at bbc.co.uk/Pudsey.