How true is Cradle to Grave’s portrayal of by-gone Bermondsey and Rotherhithe?

Danny Baker's autobiographical comedy tells tales of dockers' hi jinx - we speak to Johnny Shaw, whose parents Walter and Lily are portrayed in the show 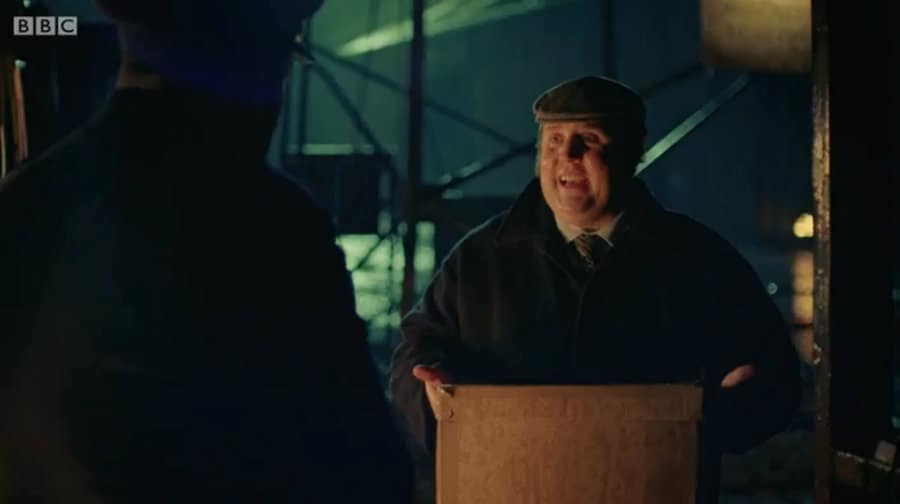 From dockers creatively ‘fiddling’ their share from a new shipment to illicit pupil-teacher relations, the outlandish incidents of a by-gone Bermondsey are currently being portrayed on a BBC2 sitcom.

Radio personality Danny Baker’s autobiographical comedy, Cradle to Grave, has tickled viewers pink for the last five weeks – but just how true are some of the programme’s outrageous stories? Apparently, the majority are not far from the truth at all – especially when it comes to Danny’s charismatic father Fred, known as ‘Spud’ and portrayed by comedian Peter Kay.

Always scrabbling around to make or save a few bob, Danny’s late father was reportedly as industrious in real life as he is portrayed on the small screen – including a few chaotic close shaves. Johnny Shaw, whose parents Walter and Lily are portrayed on the show in two episodes, remembered one of those incidents.

He said: “Fred got a tip he was going to be turned over by the Old Bill. My house had a lot of stuff in it that my mum was selling for Fred, so we were all running around hiding the 500-odd handbags in case we got turned over. “We put them behind wardrobes, chucked them in kitchen cupboards – anywhere we could!”

A shot from the show with actor Peter Kay playing a scene with Walter and other neighbours invading their caravan.

He said: “Spud Baker was just one of the many ‘fences’ on Silwood Estate. But he was the man who introduced most of the Silwood to ‘Continental Quilts’, as we knew duvets back then. And we have never gone back to blankets!”

The show’s writer Jeff Pope said: “Spud is now long gone, but there were times when we were writing that I could swear Danny was channelling his late father, so clear was his voice as we shaped scenes.”

The young Danny and friends approach The Jolly Gardener, a Rotherhithe pub which has since closed down

The show was filmed in sixty locations across Manchester, but residents in the north of the borough will recognise a number of familiar place names, including the Jolly Gardener.

Other familiar location names include the Peek Freans biscuit factory, where Danny’s mum worked, Nelson’s clothes shop, where the boys are shown eyeing up two-toned trousers, and West Greenwich School.

The school was the setting for one of the more controversial scenes in the show: Danny’s implied intimacy with a beautiful photography teacher.

Steven Webb, an ex-pupil, said: “I don’t remember a photography teacher but I do remember a teacher that all the boys lusted after!”

One particularly popular aspect of the show is the portrayal of the ingenious ways in which dockers snuck nicked goods past guards – “dockers’ fiddles.”

He said: “Many was the time when the old man came home from work and proceeded to take off several layers of clothing that had been purloined from the cargo he had been loading or unloading.

“Most times it would be jumpers or jackets, but the one I remember vividly was when he came in looking like a 20-stone wrestler and stripped down through three big sheepskin coats until he was normal size again!”

Other popular tricks included ‘accidentally’ losing loads in the Thames to retrieve under cover of darkness later and the “cat in the box.”

This involved carrying an angry cat in a closed box up to the guards, letting it escape, scratching and hissing, back into the dock, and then swapping it out for something a little more valuable for another try. It was a brave guard who would ask to see into the box a second time.

DO YOU REMEMBER? What else in Cradle to Grave is based on truth?

Do you remember ‘Mud Island’, described as a ‘street of abandoned houses sinking into the Rotherhithe mud? The villainous Churcher family? Danny’s girlfriend Yvonne? The beautiful Amanda Bold? The tragic accident that killed Danny’s friend Martin?

Southwark NewsNewsHow true is Cradle to Grave’s portrayal of by-gone Bermondsey and Rotherhithe?