Teenager was awarded VC after heroics in Zeebrugge 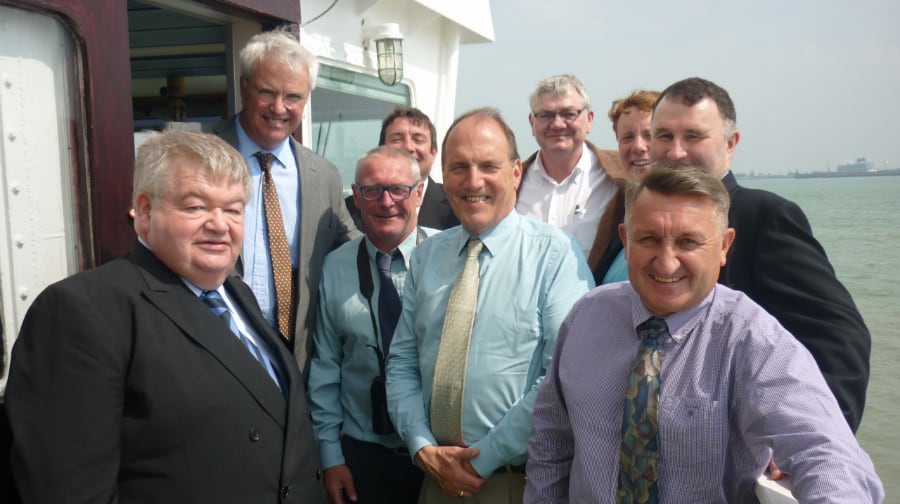 The Albert McKenzie Committee in Zeebrugge

The Albert McKenzie Committee, who plan to erect a statue of the Bermondsey-born WW1 hero in Tower Bridge Road, visited Belgium last month to secure the support of Flemish authorities.

They visited Zeebrugge harbour, where the nineteen-year-old showed great bravery during a raid in April 1918. McKenzie and his comrades planned to storm the port’s heavily guarded harbour walls, but after some marines attracted German attention, the group were bombarded with shells and bullets.

Many British troops were killed or withdrew, but the Bermondsey boy kept going and made it to the wall. When his rifle was shot out of his hands, he had to resort to physical combat. In a letter to his brother, he recalls how he was left with no alternative to “pushing, kicking and kneeing every German who got in the way”, before finally making it to safety. The hero was subsequently awarded the Victoria Cross, but sadly died of influenza while recovering in hospital in October that year.

Committee chair Paul Keefe, who previously visited the harbour as a special guest of Bruges city council, said he was delighted with the “very successful trip.” He said: “The authorities in West Flanders have agreed to give us two of the original rings from the Zeebrugge harbour wall. They fully support the project and are very much looking forward to being invited to the unveiling in October and cementing their ties with Bermondsey.”

Former MP for Bermondsey and Old Southwark Simon Hughes also made the trip. He too was delighted with the gesture and with the tightening bond between Bermondsey and the Belgium port. He said: “For the second time the Flemish authorities put out the red carpet and this time finalised the deal to link the Albert McKenzie memorial in Tower Bridge Road with the historic Zeebrugge harbour. “This will make the memorial something particularly special and help educate people today and generations to come about the heroism of our troops at a crucial stage at the end of the First World War. We look forward to welcoming the Flemish authorities to Bermondsey later in the year and to ever stronger links in the future.”

The statue, which is currently being built, is expected to be erected later this year. It will stand at the centre of his life in Southwark – between where he was born in Alice Street, where his parents lived in Shorncliffe Road, where he went to school in Webb Street and where he socialised in Decima Street.

Donations are still needed to complete the statue. Contribute at www.albertmckenzie.com