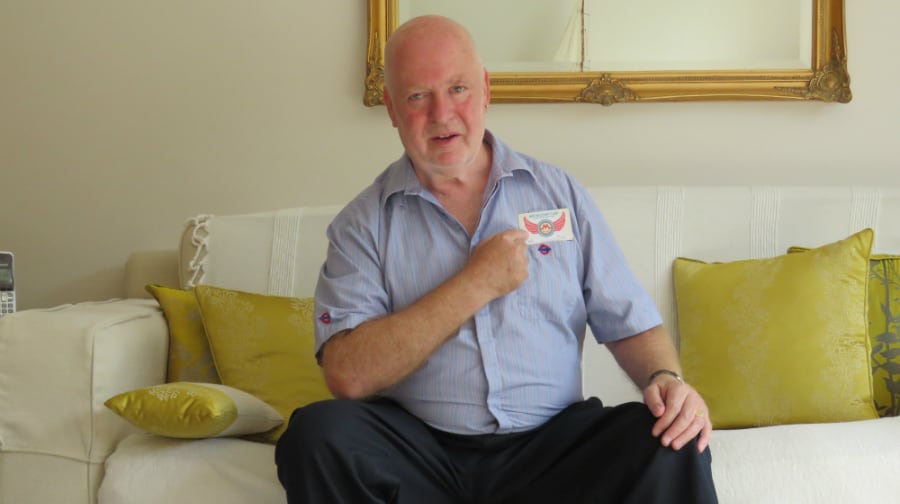 A Tube worker from Rotherhithe became an online hit after being hailed as a hero for helping pregnant women find seats – and didn’t even know it, writes Thomas Deacon…

Pip Lawrence’s daily good deeds earned him a Facebook tribute from a commuter, thanking him for his actions, and a post on parenting network Mummy’s Gin Fund has received thousands of likes and shares.

A hashtag was even created to help spread the word, and #belikepip has since been used thousands of times – but Pip feels a bit embarrassed by all of the fuss.

The Independent online, the BBC, Time Out and The Huffington Post all picked up on the story, reporting on the London Underground worker known as Pip, whose identity remained a mystery.

Speaking to the News at his home this week, Pip, 60, said: “It was a big surprise. A lot of people have recognised me and some people have asked to have my picture with them.

“I’ve been getting plenty of banter from my colleagues in work too. They’re saying it’s my fifteen minutes of fame. We don’t use Facebook or Twitter so I didn’t even know about the photo.”

Pip previously worked for the civil service, and has worked part-time at London Bridge station for ten years helping not only pregnant women but also disabled people and lost tourists. Despite TfL’s famous ‘baby on board’ badges, commuters can still find getting a seat during the hustle and bustle of rush hour tricky.

Customer service advisor Pip said: “People can feel a bit embarrassed asking for a seat so I just help them out.”

Pip’s wife Val, 61, said: “He loves the job and he’s a people person. “It’s just Pip being natural, he’s always helpful. We couldn’t believe it when people kept telling us he was all over news websites.”

Encouraged by Pip’s good will, Mummy’s Gin Fund gave Pip their MGF card which provides discount at local businesses, and in the #belikepip spirit they’ve announced that for a limited time they will be free for the public.

Other people have been quick to share their own stories of Pip on social media, with some calling him a “legend” and a “true gentleman.”

One commented on Facebook: “Such a nice man, always says good morning and makes the commute just that but more bearable.” Another Pip fan added: “This guy made me happy every day of my commute!”