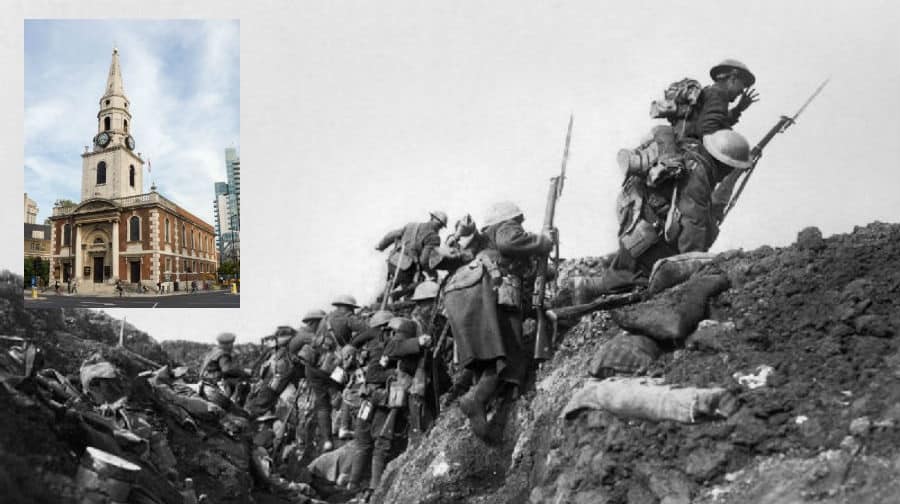 St George the Martyr church and the Battle of the Somme

Borough’s St George the Martyr church will “attempt a peal” on their bells on Friday, in memory of Rifleman Christopher Henry Hughes, who died in the Battle of the Somme one hundred years ago.

The ringing will last for around four hours to honour Hughes, who used to be a bell ringer at the church, having completed 45 peals at the time of his death.

The Priest-in-Charge of St George the Martyr, Jonathan Sedgwick, said: “It has been a pleasure to be able to continue to honour the memory of Rifleman Christopher Henry Hughes on the centenary of his death.

“It is of the utmost important that we pay tribute to our fallen soldiers who left their communities and families behind to fight on foreign fields.

“Bell ringing continues to be an important part of our church’s life and our ringers are delighted to be able to recognise the sacrifice made by Rifleman Hughes.”

Hughes was born in Elephant and Castle and was a member of the King’s Royal Rifle Corps, Second Battalion, and was killed on September 9 1916, aged 30.

Residents are invited to come along to the church from 5pm, where there will be a chance to learn more about Hughes and the local area during the First World War.